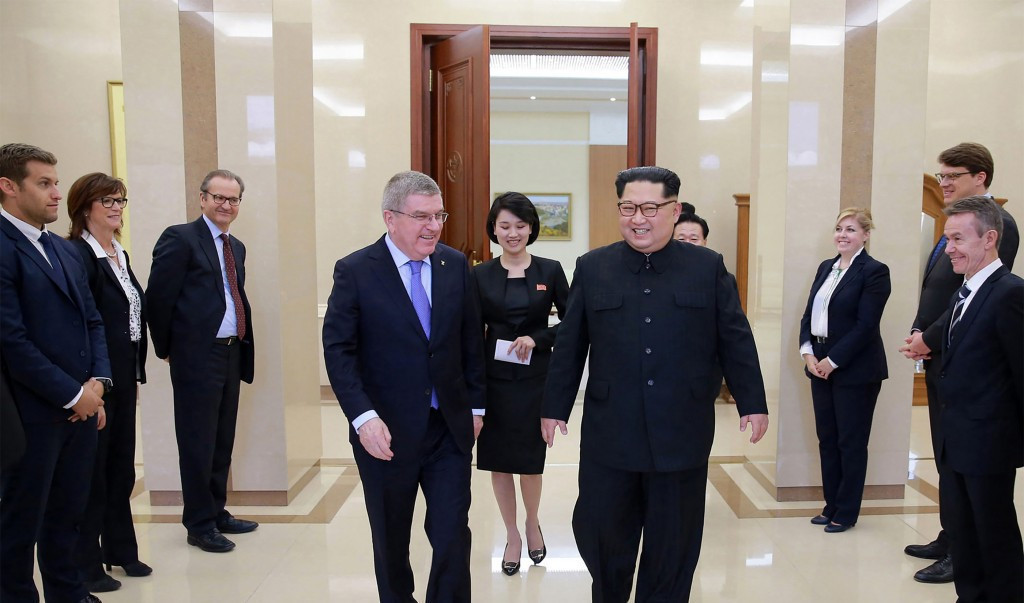 International Olympic Committee (IOC) President Thomas Bach has said the organisation is working on a special programme to allow North Korean athletes to prepare and to qualify for the Tokyo 2020 Summer and Beijing 2022 Winter Olympic Games.

It comes after it was revealed last month that a new programme to deliver additional support to North Korean athletes competing at "major events" is being finalised by the IOC.

Speaking here at a press conference to mark the conclusion of the Pyeongchang 2018 official debrief's two-day strategic learning phase, Bach revealed that the IOC has invited the National Olympic Committees (NOCs) of North and South Korea, China and Japan for a meeting at its headquarters in Lausanne on June 22.

The purpose of the meeting will be "to discuss their further progress", he said.

In March, North Korean leader Kim Jong-un reportedly committed to his country participating at Tokyo 2020 and Beijing 2022 during a meeting with Bach in Pyongyang.

"During my visit to North Korea and during my meeting there with Kim Jong-un, I received the full commitment of North Korea to participate not only in Tokyo 2020 and in Beijing 2022, but also in the Youth Olympic Games in Buenos Aires [in 2018] and Lausanne in 2020," Bach said today.

"We are now, again, working on a special programme to allow North Korean athletes to prepare for the Games and to qualify for the Games.

"This is the first step and in this respect, we have already undertaken the first action."

The IOC is continuing to try to capitalise on the participation of North Korean athletes alongside those from the South at the Winter Olympic Games in Pyeongchang in February.

Support provided by Olympic Solidarity for a 12-strong North Korean side at the recent World Team Table Tennis Championships in Halmstad in Sweden was described as a "blueprint".

North and South Korean players participated together in an ad-hoc unified team in the semi-finals of the event.

"The North Korean team at the Table Tennis World Championships could only participate because of this support by the IOC," Bach said.

"In order to drive the programmes forward, we have invited the National Olympic Committees of North Korea, South Korea, China and Japan for a meeting on June 22 in Lausanne at our headquarters to discuss their further progress.

"At the same time, we have invited eight table tennis players - one male, one female from each of the NOCs - for a demonstration of the unifying power of sport."

Bach added: "I have no doubt that all the partners are engaged in this programme and that we will see the participation of North Korea in these future Olympic Games."

North Korean athletes marched alongside those from the South at the Pyeongchang 2018 Opening Ceremony and, for the first time ever, they played side-by-side as part of a unified Korean women's ice hockey team.

It paved the way for a historic summit between Kim and South Korean President Moon Jae-in in April.

The summit was held in the truce village of Panmunjom, where they reaffirmed their commitment to "complete denuclearisation".

"This is why we are working on this with North Korea, already, from now on," he added.