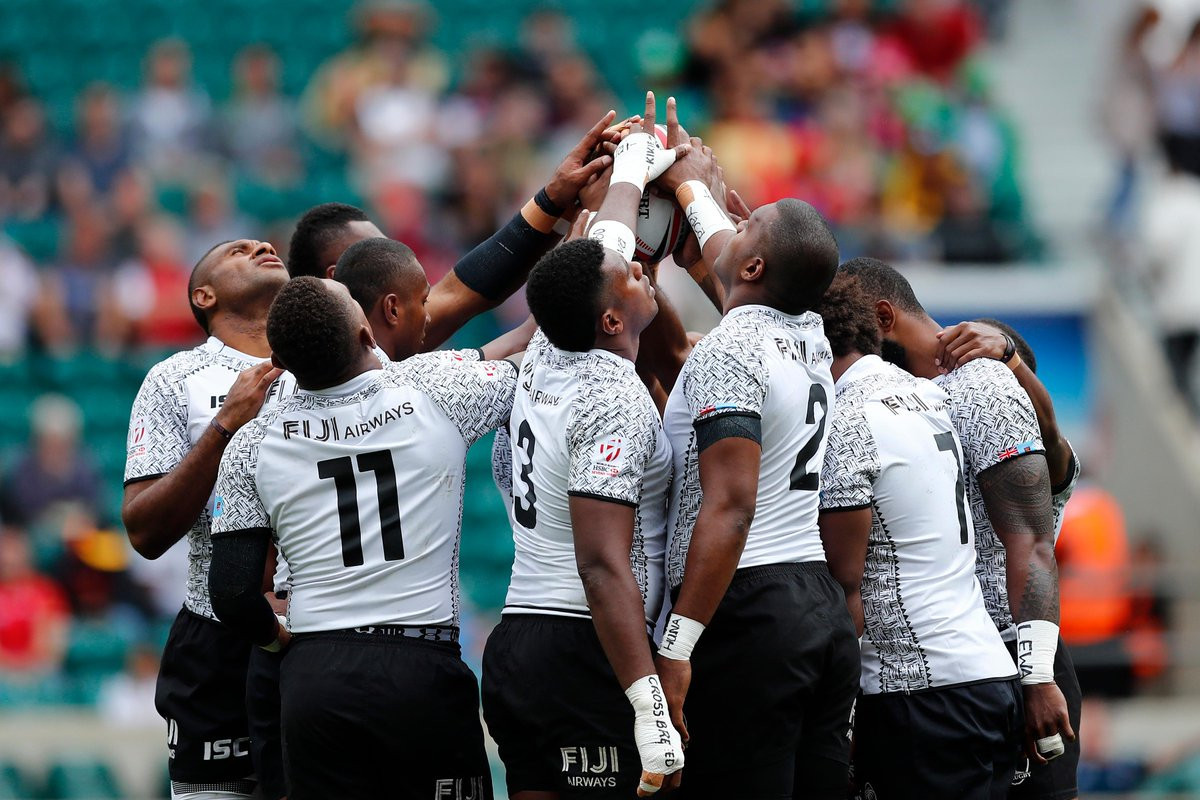 It came on a day where Ireland - an invitational side who are not one of the 20 core teams on the circuit - won a shock bronze at Twickenham.

Fiji, the reigning Olympic champions, were always favourites but were bound to be tested in the final by a strong South African side.

They conceded an early try but soon bounced back with scores from Josua Tuisova, Paula Dranisinukula and Jasa Veremalua to open a 21-7 lead before withstanding a late barrage from their opponents.

It followed their wins in Vancouver, Hong Kong and Singapore.

Fiji had ended a remarkable run from Ireland with a 38-12 semi-final victory earlier in the day.

But the Irish recovered to beat England 21-19 in a nailbiting bronze medal match.

South Africa earlier beat the English hosts by the same scoreline in the other semi-final.

Fiji thrashed Canada 40-7 in the opening quarter-final to begin the day while Ireland had continued their superb run with a 22-10 success over Ireland.