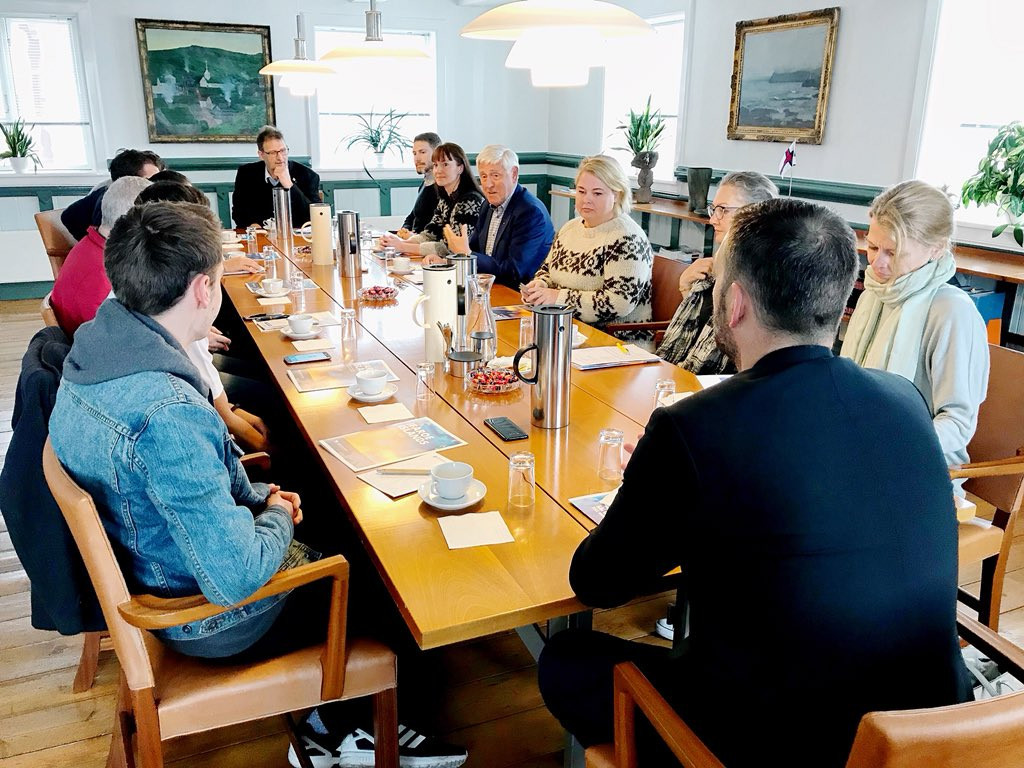 Faroese Confederation of Sports and Olympic Committee (FCSOC) representatives have insisted their campaign for Olympic recognition should not be considered a political issue.

The claim comes as the organisation seek to convince the International Olympic Committee (IOC) to consider their case for inclusion.

The FCSOC and the Faroese Government have pointed to Danish backing for their recognition as a sign of united support for their campaign.

Poul Michelsen, Minister of Foreign Affairs and Trade, claims the effort to make Faroe Islands an IOC member is not viewed as a difficult issue by his counterparts in other nations.

He also denied suggestions that recognition would act as a step closer to the Faroe Islands becoming independent from Denmark.

“It is not a political issue when we bring it up with other nations, it has to be considered as part of the sport society," Michelsen said.

“It is not an issue of independence political wise, it is a practical reason.

“We are 1,300 kilometres away from Denmark and we feel Faroese.

“Denmark also think we should be part of the Olympic ideal.

“There is a home rule agreement with the Danish people since 1948.

“We are totally supported by the Danish Government in this process of becoming an independent member.

“It took us 15 years to become a member of FIFA but we ultimately succeeded.

“This is very important to us to have this opportunity and be part of the Olympic Movement and world competition.

“We hope to have the right reasons to convince the world.”

National Olympic Committee (NOC) and Sports Confederation of Denmark have signed a letter supporting the Faroe Islands effort, while the country's Prime Minister has followed suit.

Unlike Faroe Islands, though, they are considered fully independent countries by the United Nations or, in Kosovo's case, by over 100 of its members.

Faroe Islands' case is made more difficult by an Olympic Charter change in 1996 which ruled that NOC recognition can "only be granted after recognition as an independent state by the international community".

Places in a broadly similar position as Faroe Islands which were recognised before 1996 - including Guam, Puerto Rico, Bermuda and Aruba - remain able to fully participate.

Macau, who are a full member of the Olympic Council of Asia, Gibraltar, New Caledonia, Anguilla, Niue and the Turks and Caicos Islands are among other countries and regions with unrecognised NOCs.

FCSOC have urged the IOC to judge their case on an individual basis, particularly given the backing from Denmark.

Jon Hestoy, FCSOC vice-president and spokesman for their bid for Olympic recognition, also sought to dissuade suggestions granted the Faroe Islands membership of the IOC could lead to other, more politically charged cases, having to be considered by the IOC in future.

Catalonia has been cited as a potential example, with the region, the capital of which is Barcelona, having sought independence from Spain.

Hestoy acknowledged the comparison had previously been raised during the Faroe Islands campaign, which stepped up in March, but hopes to be given the opportunity to "educate" the IOC and key officials on the differences between the situation involving the islands and other cases.

“Strangely enough, this is not the first time that Catalonia has been mentioned in this campaign, but our core knowledge is about the Faroe Islands," Hestoy said.

“It is so easy to say we are a nation, we are out in the middle of nowhere and have numerous kilometres to our nearest neighbours, so the Faroe Islands is very easy to define.

“We have our own language culture and political system, so everything is in place.

“For us to talk about Catalonia, I would not put my hand into that beehive, but I feel when people throw the Catalonia hand grenade into our discussion, it is a show of lack of argument.

“I will guarantee you the question in Catalonia is not one of IOC recognition, you cannot really compare.

“You can put in many different political situations, but they are all completely different and we have the full backing of Denmark."

Hestoy also expressed his hope their campaign would help to convince officials to consider their case more thoroughly.

This includes the Faroe Islands currently boasting eight fully recognised international federations - archery, badminton, football, handball, judo, swimming, table tennis and volleyball - but having athletes in these sports consider shifting nationalities should they will to compete at the Olympic Games.

This means that athletes from the Faroe Islands such as swimmer Pál Joensen can only compete at the Olympics as part of the Danish team.

It is claimed other sports in the Faroe Islands have been hindered as a result of a lack of Olympic recognition, with young athletes forced to halt their participation in a sport due to having no federation and prospects to pursue it on an international scene.

Thank you to the Government of the #FaroeIslands @Tinganes who is 100% behind our ambition for #OlympicRecognition ?

“Everybody we meet in the IOC system knows the Faroese problem and they have the answer ‘you need to be independent’, so it is really easy when you ask a question and everyone knows the same answer," said Hestoy.

“It is like a mantra, everyone knows it, and this is how it goes.

“We want to get some people to say ‘why are the Faroe Islands not recognised by the IOC, rather than having question A and answer A.

"We need to get our message out there and to the right people.

“For us, to secure a straight avenue for Faroese athletes to start as a kid and develop all the way to the Olympics and participate under the Faroese flag is a must.

“As it is now, the eight federations that are recognised by international federations cannot fully blossom, while all others are hindered.

“We feel an IOC recognition would be in the real Olympic spirit.

“As Thomas Bach said in Zagreb – Olympic spirit for all and everybody.

“We would like that everybody to include the Faroe Islands.”