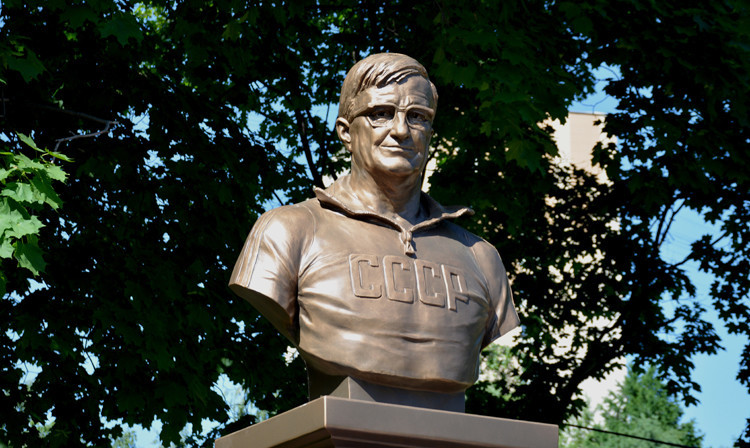 A monument commemorating one of the founding fathers of sambo, Yevgeny Mikhailovich Chumakov, has been unveiled at the Russian State University of Physical Education, Sport, Youth and Tourism in Moscow.

As well as being considered an outstanding coach, Chumakov was also founder of the SKIF sambo school at the State Central Institute of Physical Culture, an Honoured Master of Sports of the Union of Soviet Socialist Republics (USSR) and an Honoured Trainer of the USSR.

The honour of revealing the monument went to Russian Sambo Federation President Sergey Eliseev, Chumakov’s sons, as well as Tamara Mikhailova, the rector of the Russian State University of Physical Education, Sport, Youth and Tourism.

The event was also attended by the graduates of the University, Chumakov's students from different generations, honoured coaches of Russia, honoured masters of sports, academicians and other honoured guests.

"I thank God for the fact that such a person met my life's path," International Sambo Federation executive director Sergey Tabakov, who was one of Chumakov's students, said.

"In addition to professional moments connected with teaching methods, he gave me a special philosophy of life and pedagogy."

He added: "Yevgeny Mikhailovich was a mentor for many people of different ages and nationalities.

"When we communicate with them, they all, as one, distinguish this particular philosophy.

"If all people feel it, then it exists.

"It is possible to enumerate the regalia and the titles of Yevgeny Mikhailovich for a long time, but most importantly, he is a teacher with a capital 'T' for all of us."

A conference dedicated to Chumakov, on how to integrate scientific methods into sambo and other martial arts, was held in Moscow in February of last year.

The All-Russian scientific-practical conference focused upon the "integration of science and sports practice in the martial arts".