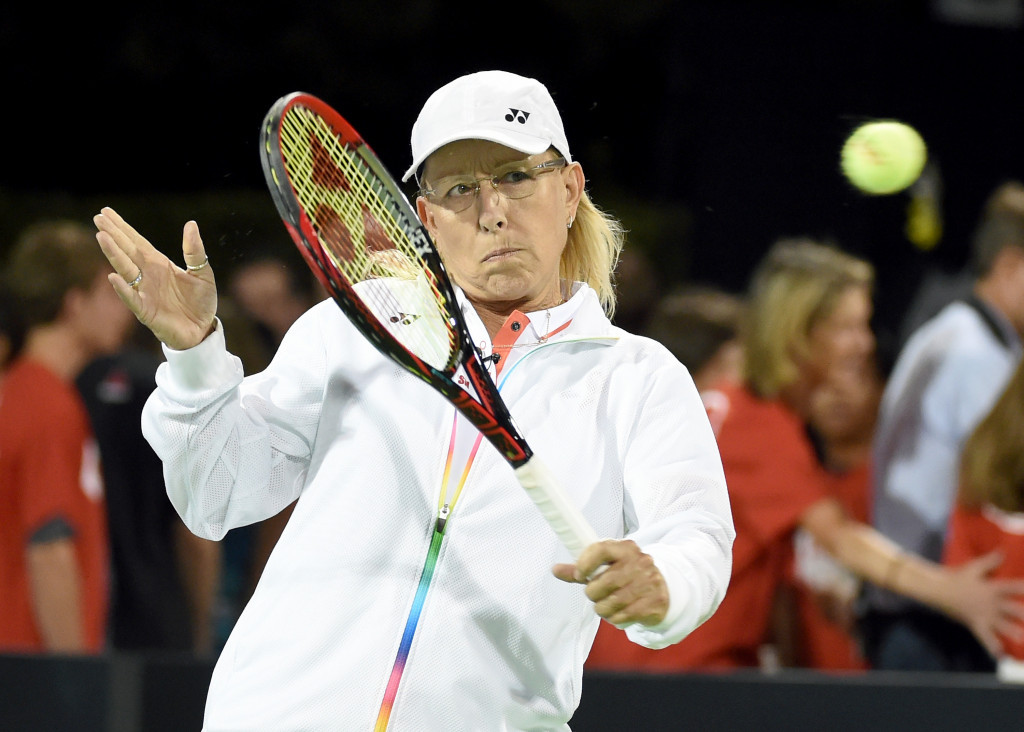 Martina Navratilova has urged Tennis Australia to rename the Margaret Court Arena after what she described as “homophobic” and “racist” remarks made by the player recently.

The 18-time Grand Slam women’s singles champion, who was born in the Czech Republic but represented the United States, has been highly critical of the Australian for saying she would not fly with Qantas “where possible” after the airline said they supported same-sex marriage.

Court, who won 24 Grand Slam women’s singles titles including 11 in Australia, then went onto say in an interview with Vision Christian Radio that tennis is “full of lesbians” and transgender children were the “work of the devil”.

Comments made by her in 1970 about how South Africa’s Apartheid regime had organised the racial situation there better than in the US have also resurfaced.

Navratilova, who is a lesbian, said she thought the quotes from the 74-year-old, who is now a Christian pastor, were terrible towards the lesbian, gay, bisexual and transgender (LBGT) community.

She went onto say the venue, named after Court in 2003, in Melbourne Park should be rebranded, despite Tennis Australia saying on May 25 that this would not happen.

“It is now clear exactly who Court is: an amazing tennis player, and a racist and a homophobe,” Navratilova said in an open letter published by Fairfax Media.

“Her vitriol is not just an opinion.

“She is actively trying to keep LGBT people from getting equal rights (note to Court: we are human beings too).

“She is doubling down with her ridiculous comments about older women luring young girls on the tour to parties to turn them into lesbians.

“It’s a good thing she didn’t name anyone as I am pretty sure she would be sued for defamation.

“The platform people like Margaret Court use needs to be made smaller, not bigger.”

She went onto say that the arena should be named after seven-time women’s singles Grand Slam champion Evonne Goolagong Cawley instead.

In 1990, Court called Navratilova a “bad role model” for young tennis players because of her homosexuality.

When discussing Court’s comments, Tennis Australia’s statement said: “As a legend of the sport, we respect Margaret Court’s achievements in tennis and her unmatched playing record.

“Her personal views are her own and do not align with Tennis Australia’s values of equality, inclusion and diversity.”