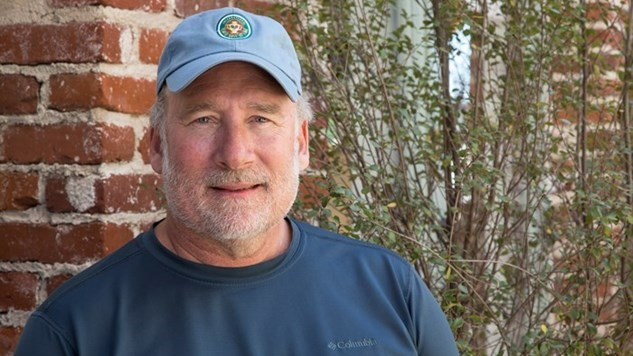 Brad Parks, the founder of wheelchair tennis, is to be honoured with the Philippe Chatrier Award.

The accolade - the highest awarded by the International Tennis Federation (ITF) - will be presented to the American Paralympic champion on May 31 in Paris during this year's French Open.

Parks' amazing story began when he was paralysed from the waist down, aged just 18, following a freestyle skiing accident in Utah in 1976.

Having played tennis before his accident, he wondered during his rehabilitation what sports could be played using a wheelchair.

In hospital he met wheelchair athlete and recreational therapist Jeff Minnebraker, and the pair began working on ideas and rules for wheelchair tennis.

They were soon touring the United States to promote the new sport.

The National Foundation of Wheelchair Tennis (NFWT) was founded in 1980 and a ten-circuit tournament was started which culminated with the US Open in California.

In 1988, Parks became the inaugural President of the International Wheelchair Tennis Federation (IWTF) while continuing to compete on the circuit.

He was the world number one from 1980 to 1989 and wheelchair tennis then entered the Paralympic programme at Barcelona 1992, where he won the gold medal in the doubles with Randy Snow.

The sport became fully integrated into the ITF in 1998, making wheelchair tennis the first disability sport to achieve such a union at international level.

Now, there are over 150 tournaments a year in 40 countries, including all four of the tennis Grand Slams.

"I would like to express my sincere gratitude to the ITF in awarding me the Phillip Chatrier Award," said Parks, who was inducted into the ITF Hall of Fame in 2010 and has a wheelchair tennis award named after him.

"I look back over the last 40 years and all that I can say is that I never thought wheelchair tennis would be where it is today.

"The ITF has been so supportive and I can't thank them enough for all they have done to make wheelchair tennis one of the greatest wheelchair sports.”

The Philippe Chatrier Award, named after the former ITF President, was launched in 1996 and has been presented to some of the top names in tennis, including Billie Jean King, John McEnroe and Martina Navratilova.

Wheelchair tennis is celebrating its 40th anniversary in 2016.

ITF President David Haggerty said: “As wheelchair tennis celebrates its 40th anniversary, it is fitting that we honour one of the most inspirational figures in our sport.

"Brad Parks’ vision and perseverance have enabled wheelchair tennis to become one of the fastest growing Paralympic sports, and provided opportunities for thousands of children and adults.

"We are delighted to present him with the Philippe Chatrier Award.”