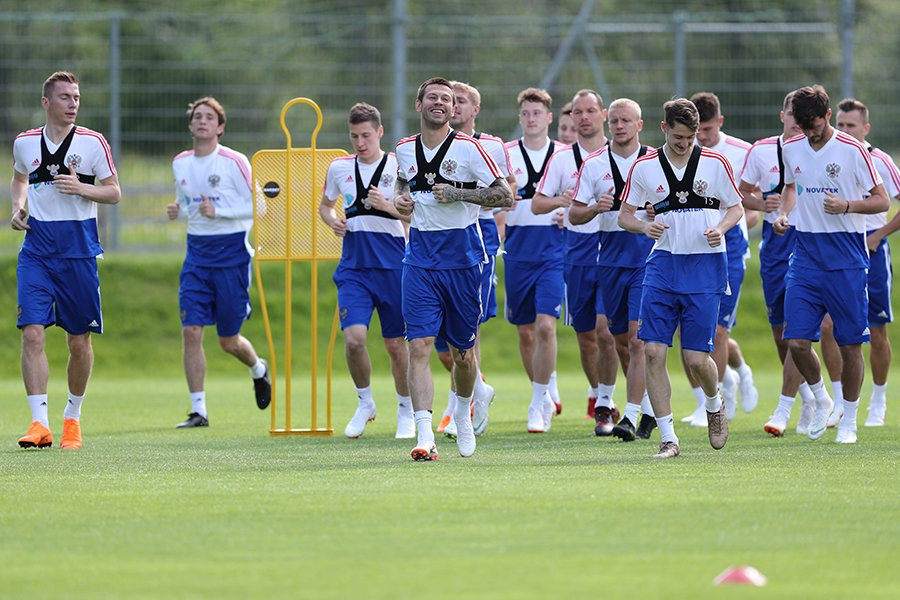 No anti-doping cases are being pursued against any players named in Russia's provisional squad for their home World Cup starting next month, FIFA have confirmed today.

Investigations of Russian footballers not in the World Cup squad are "still ongoing", however, with further updates to be provided "in due course".

The world governing body's statement was issued two days after the airing of an ARD documentary in Germany in which Moscow Laboratory director turned whistleblower Grigory Rodchenkov alleged that positive tests in Russian football were ordered to be ignored.

Football was among dozens of sports implicated in evidence of sample tampering at the Moscow Laboratory, which was disclosed in the World Anti-Doping Agency (WADA)-commissioned McLaren Report following evidence from Rodchenkov.

"Following the publication of the McLaren Reports, FIFA launched investigations into possible anti-doping rule violations by football players, prioritising high-level players against whom a suspicion had been raised, in particular those who might participate in the 2018 FIFA World Cup in Russia," FIFA said today.

"FIFA can today confirm that the investigations concerning all Russian players named for the provisional squad of the FIFA World Cup in Russia have been completed, with the result that insufficient evidence was found to assert an anti-doping rule violation.

"FIFA has informed the World Anti-Doping Agency of its conclusions, and WADA in turn has agreed with FIFA's decision to close the cases."

FIFA claim to have assessed all information and evidence contained in the McLaren Report, with the support of scientific and legal experts.

They also claimed to have re-analysed "samples taken by FIFA and the Confederations that had been stored at WADA-accredited laboratories, of all players mentioned in the McLaren Reports and high-level players".

Samples "seized" by WADA from the Moscow Laboratory and stored at the Lausanne laboratory were re-analysed for prohibited substances and have also returned negative results.

FIFA claim to have subjected these samples to forensic analysis for scratches, marks and abnormal salt levels using "methodology recommended by WADA and used by the International Olympic Committee".

"None of the samples analysed showed marks that were typical of tampering and the urine did not show any suspect salt values," they claimed.

They also claim to have analysed the Laboratory Information Management System data of the Moscow Laboratory obtained by WADA with the "support of scientific and legal experts".

FIFA have also performed "several unannounced targeted doping controls in the process of the investigations and the Russian squad has been one of the most tested teams prior to the FIFA World Cup".

Their statement made no mention of Ruslan Kambolov, the defender who was dropped from the Russian World Cup squad with a supposed calf injury who had been the subject of a FIFA investigation, or of probes against members of Russian youth teams.

"In accordance with the FIFA Anti-Doping Regulations and the World Anti-Doping Code, FIFA cannot provide any names of individuals involved in the investigations," the statement today added.

"Investigations of several players unrelated to the FIFA World Cup are still ongoing and FIFA will continue to work on these cases in cooperation with WADA.

"Further updates will be provided in due course."

insidethegames has contacted WADA for a reaction.