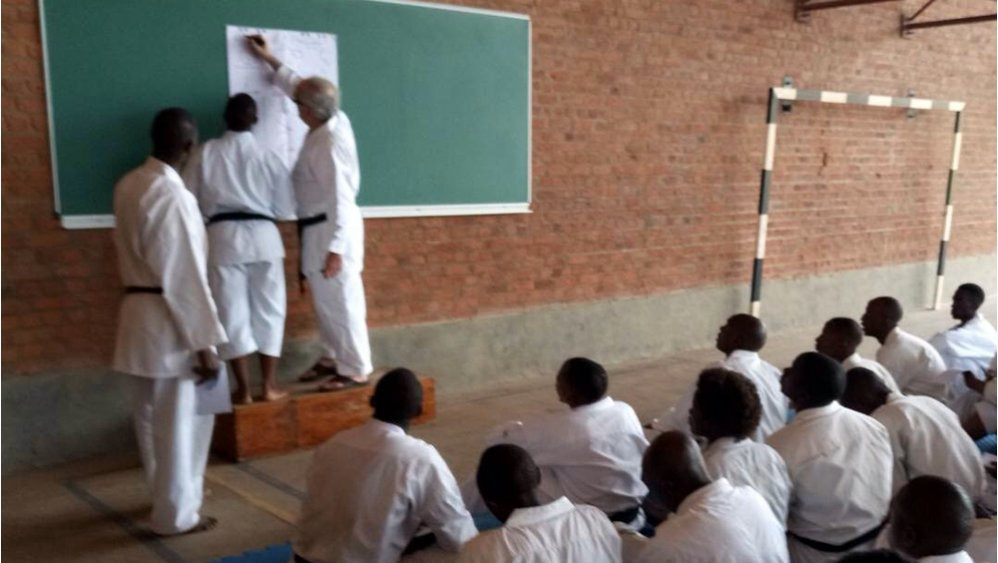 The World Karate Federation (WKF) has hailed the success of the first year of Olympic Solidarity activities for members of the sport's family, resulting in a series of events organised across the globe.

The development of the activities was initiated by the WKF nearly 12 months ago with the aim of assisting National Olympic Committees (NOCs), particularly those with greater needs, through multi-faceted programmes.

It followed requests from NOCs to host Olympic Solidarity programmes.

More than 200 people from six countries and four continents took part in coaches' technical courses, which were held in the nations of Georgia, Madagascar, Mozambique, Pakistan, Rwanda and Venezuela in 2017, under the direction of international experts and through the joint effort of Olympic Solidarity and the WKF.

This grant allowed Nkuranyabahizi to attend the international course known as CISéL-Cycle International du Sport d'élite, held in Lausanne in Switzerland from September 22 to November 20, 2017.

The beginning of 2018 has continued the pattern with Olympic Solidarity activities taking place worldwide and featuring members of the karate family.

Two technical courses for coaches have been held in Burundi and Cyprus, attended by 60 people.

"It is essential for the development of our sport that members of our family benefit from Olympic Solidarity activities," WKF President Antonio Espinós said.

"Karate will keep on moving forward in the right direction and we will make the most of our Olympic experience if the members of the karate family, especially those in developing areas, take the opportunity that Olympic Solidarity brings to help us raise the level of our sport."

The technical courses are part of the world programmes of Olympic Solidarity.

Karate will make its Olympic debut at Tokyo 2020.