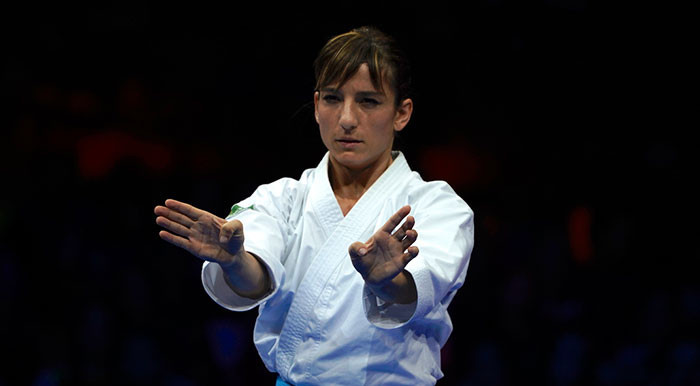 Sanchez was vying for a fourth consecutive title in the women’s event, but Viviana Bottaro of Italy stood in her way at the Sports and Business Centre Vojvodina.

The Spanish athlete would prove too good for Bottaro as Sanchez was awarded a 5-0 victory to secure the gold.

“It is really imposing to go up there on the tatami, knowing that so many people are looking at you.” Sanchez said.

“I am between happy and still nervous.

“I do not pay attention to the medals that I have won but to the ones still left to come.

“Now that the start of the Olympic qualification is fast approaching, I just look ahead at the goals that I still want to achieve, like the World Championships in Madrid or the next European Championships in Guadalajara.”

Quintero secured victory in the men’s individual final as he overcame Turkey’s Ali Sofuoglu, giving the Spaniard his fifth gold in the last six editions of the Championships.

Quirici then topped the podium as part of the team competition as she helped Ramona Bruederlin, Noemie Kornfeld, Nina Radjenovic beat Italy 2-0 in the final.

Rafael Aghayev of Azerbaijan earned a record 11th title at the Championships, edging Hungary’s Gabor Haspataki 2-1 in the men’s under 75kg event.

Turkey’s Serap Ozcelik and Burak Uygur also clinched gold medals on the first day of finals, while France’s Lucie Ignace and Anne Laure Florentin topped the podium in the women’s under 61kg and over 68kg divisions.

Kosovo are the sole absentees from the event after their team were denied entry to Serbia twice at the border.

It came as part of ongoing political tension between the two countries after Kosovo declared independence from Serbia in 2008.

In response, the European Karate Federation insisted they were "working hard and striving to make sure all athletes are able to compete".

Pere Miró, IOC deputy director general, told insidethegames the organisation had launched an investigation into the case and that they were "ready to take the necessary measures to avoid this situation being repeated".