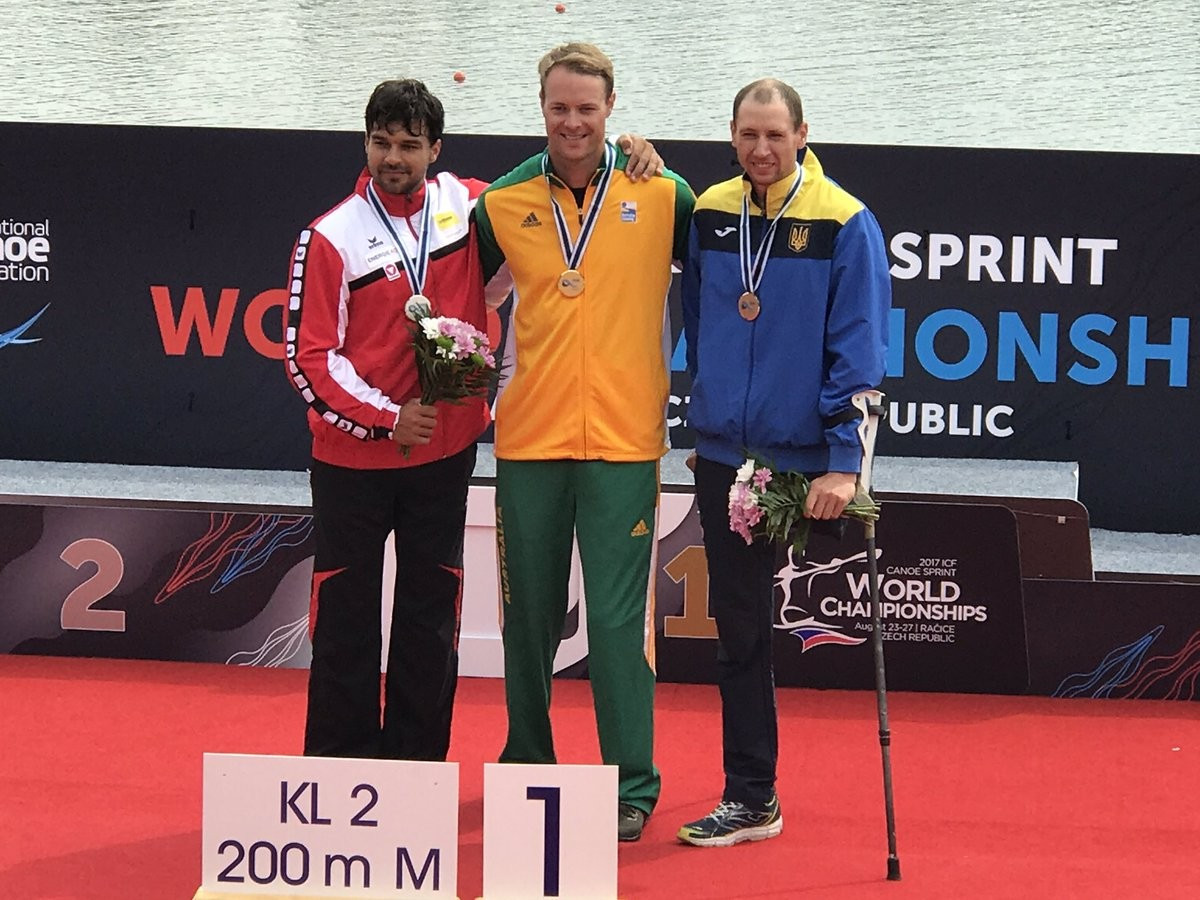 Curtis McGrath claimed gold exactly five years after stepping on a landmine in Afghanistan on a day of Australian domination at the International Canoe Federation Para-Canoe World Championships in Račice.

McGrath paddled to an impressive but tight victory in the KL2 men's 200 metres.

It came five years to the day since he stepped on a landmine while serving in the armed forces in Afghanistan and lost both his legs.

“There's a bit of significance, but it's just a sub-thought to what really matters on the start line," McGrath said.

"I like to think I get out there and make the most of the opportunities that I've got.

"There's a lot of guys that are going through a tough time back in the military and outside the military with their post-traumatic stress and what's happened to them in their service.

"So if I can show that getting out there and getting active leads to a positive and healthy life, it’s the least I can do really."

Amanda Reynolds claimed the first part of a golden treble for Australia by winning the women's KL3 200m in 50.3442 in the Ústí nad Labem region of Czech Republic.

New Zealand's two-time Olympic champion Lisa Carrington was among leading names in action as she safely progressed through the heats of the K1 and K2 500m events.

She paddled alongside Caitlin Ryan in the latter category.