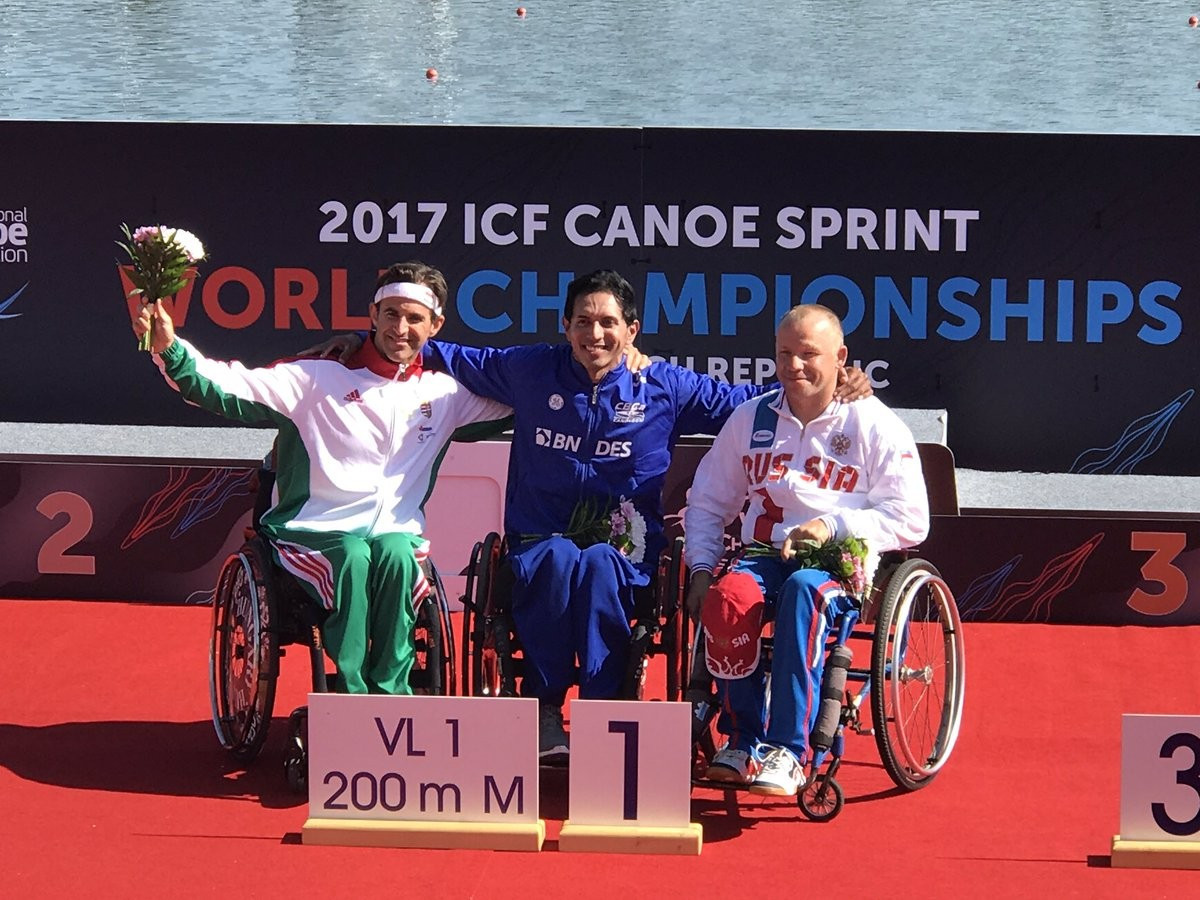 Paddlers from Brazil, Australia and Russia all claimed gold medals on the opening day of the International Canoe Federation Para-Canoe World Championships in Račice today.

Luis Carlos Cardoso Da Silva was the first winner of the week in the Ústí nad Labem region of Czech Republic.

He sprinted to victory over 200 metres in the VL1 non-Paralympic category in a blistering time of 55.356 seconds.

Russia enjoyed better fortunes later in the day, however, as Laris Volik romped to a huge victory in the women's VL3 200m final.

She crossed in 59.341 almost nine seconds clear of her nearest rival.

Jocelyn Neumueller of Australia was the day's other winner.

Japan secured both other podium positions.

Akiko Nakajima was second, 4.916 behind the winner, with Monika Seryu a distant third.

Finals are due to take place in the three KL categories on the Paralympic programme tomorrow.

Able-bodied competition will also begin with heats in Olympic classes.