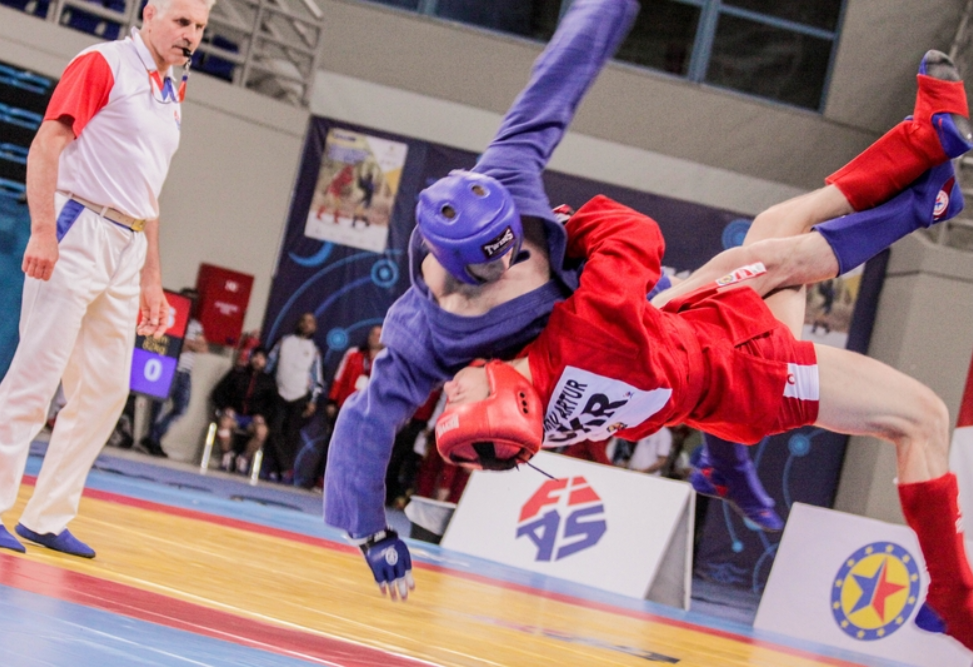 Bulgaria and Georgia each claimed gold medals at the 2018 European Sambo Championships today as Russia added three more to their tally.

The Netherlands' Sacha Yvonne Gorissen and Russia’s Anna Zhizhina were the bronze medallists.

Chidrashvili improved on his silver medal from the 2017 European Championships by edging Bulgaria’s Borislav Yanakov in the men’s 57kg final.

Among Russia’s trio of gold medallists was Tatiana Shuyanova, who claimed a narrow 1-0 win over Ukraine’s Mariia Buiok In the women’s 52kg final.

Buiok had to settle for a repeat of her silver medal-winning performance from last year.

There was also success for Russia in the men's 74kg category as Aleksandr Saraikin overcame Georgia’s Levan Nakhutsrishvili, the 2017 world bronze medallist, 2-0 in the final.

Completing Russia's hat-trick of victories today was Valentyn Moldavskyi thanks to a 3-0 win over Ukraine’s Razmik Tonoian in the combat men’s over 100kg final.

The Russians are now level on six gold medals overall with Ukraine, who added a further two to their tally today.

Rounding out the 62kg podium were France’s Maximilien Vallot and Slovakia’s Jakub Babiar, while Armenia’s Davit Petrosyan and Belarus’ Yauheni Aleksiyevich were the 82kg bronze medallists.

The one other gold medal won today went the way of Belarus' Tatsiana Matsko as she successfully defended her women’s 64kg title after making short work of Russia’s Valeriya Anisimova in the final.

Action in the Greek capital is due to conclude tomorrow when a further nine categories take centre stage, comprising the men’s 62kg, 82kg and over 100kg, the women’s 56kg, 68kg and over 80kg and combat men’s 52kg, 68kg and 90kg.