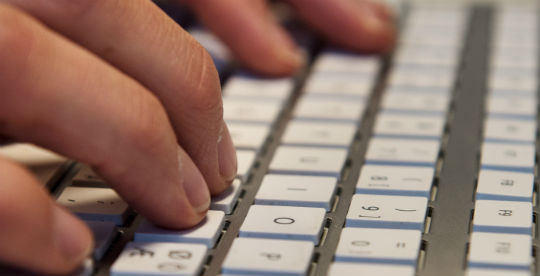 Sweden's National Sports Association has reported Russian-linked hacking group Fancy Bears to the police after they published the names of athletes who had received asthma medication.

Stefan Bergh, secretary general of the Riksidrottsförbundet, the umbrella organisation responsible for the running of sport in the country, criticised a "serious crime where the clear purpose is to discredit Swedish anti-doping".

Fancy Bears published a list of Swedish athletes who received Therepeutic Use Exemptions (TUEs) to use terbutaline - a product with a performance enhancing impact for endurance athletes - to treat asthma before insinuating that it was really a mask to cover doping.

The list includes athletes from both summer and winter sports.

"It's not a secret that Sweden has always held a dominant position in such kinds of sports as cross-country skiing, Alpine skiing and biathlon," Fancy Bears wrote on their website.

"By a pretty strange coincidence, these disciplines witness an increased number of anti-doping violations.

"As can be seen from the document, the overwhelming majority of the Swedish athletes suffer from a chronic inflammatory disease of the airways of the lungs which is typical for the whole of Scandinavia.

"For example, Norway has an even bigger army of 'asthmatic warriors'.

"There is an impression that it's some kind of start-up for the Scandinavians who suffer from asthma."

Svensk Anti-Doping official Tommy Forsgren has already slammed these allegations as "unfounded", according to The Local website.

"We have nothing to conceal and the goal of the sports movement's anti-doping efforts is to ensure all athletes' right to participate and compete in a drug-free sport," Bergh added.

"The most serious thing about this intrusion is that personal data that can be sensitive is spread by hackers."

A statement added that the hacked information mainly concerns email organisations, but also data and lists.

Fancy Bears have released a raft of confidential medical information in recent years on a host of high-profile athletes after it had hacked the World Anti-Doping Agency and the United States Anti-Doping Agency.

The leaks largely focused on TUEs in which athletes had obtained permission to take otherwise banned substances for medical reasons.

Fancy Bears exposed athletes including British Tour de France-winning cyclist Sir Bradley Wiggins, who has been the subject of intense scrutiny in recent months following claims in a British Parliamentary report that he used the TUE system to gain an advantage.

Athletes they have previously targeted include British athlete Sir Mo Farah, who defended both his 5,000 and 10,000 metres Olympic titles at Rio 2016.