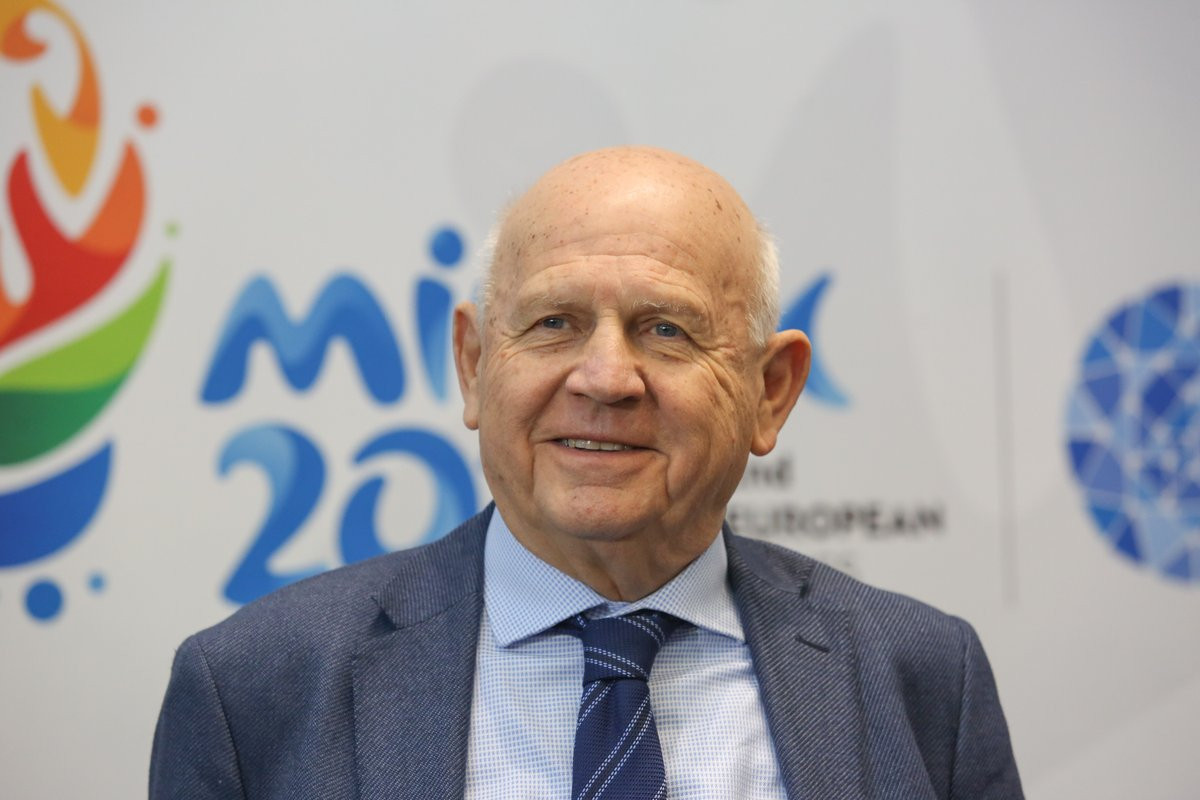 European Olympic Committees (EOC) President Janez Kocijančič claims the organisation would be open to multiple cities and countries working together to stage the European Games.

The Slovenian official made the assertion at the EOC two-day seminar in Belgrade, with the second day in the Serbian capital largely dominated by discussions over Minsk 2019 and the development of the European Games concept.

A tender process for the 2023 European Games is expected to be launched at the EOC General Assembly in Marbella in November, with the organisation hoping to then make a swift selection of a host.

The inaugural edition took place in Azerbaijan’s capital city Baku in 2015 and is due to be followed by the second event in Belarus' capital Minsk next year.

The Netherlands had initially been expected to host the second European Games before the Dutch Government withdrew support for financial reasons in 2015.

The Dutch proposal would have seen the Games staged across nine cities in five provinces.

Kocijančič said the EOC would support a similar multiple city approach for future editions, while they will also welcome joint bids from neighbouring countries.

"Absolutely, that was our discussion when we started with The Netherlands last time, when we went pretty far with the NOC supporting us," said Kocijančič, who is also a vice-president of the International Ski Federation.

"But then the Government did not want to pursue it, because there was a very, very short time before elections, they were a bit afraid.

"The ancient idea that it should be one city in one country is not the right one.

"First of all, because I come from winter sports, even with one city and one country we drive a lot during the Winter Olympics.

"One city is easy to say, but it is very rare that there is a mountain in the midst of the city that would allow a downhill.

"There are already candidatures where the distances between neighbouring towns in different countries are much shorter than those in the concept of one city and country.

"We think we should combine them, especially in small countries.

"With strong transport infrastructure, with high speed, we could organise very efficient European and Olympic Games in this concept."

A challenge could be posed by referendums, which have ended several Western European bids for Olympic Games in recent years.

It is hoped that the $40 million (£29 million/€33 million) reportedly being invested by Minsk 2019 might project a more sustainable and cost-effective image of the Games than its predecessor Baku managed.

Azerbaijan invested at least $1.2 billion (£888 million/€1 billion) in staging the inaugural event in 2015, although the figure was widely thought to be much higher.

Kocijančič insisted the EOC were looking to produce a cost effective model for the Games to attract future hosts.

"We are following the idea of the International Olympic Committee (IOC) in Agenda 2020, regarding the expenses of all major events," he said.

"That could lead us to a new model for sport.

"We would like to adapt to countries to organise the programme of the Games.

"We would adapt to their sport structures and possibilities offered by the country, building as little infrastructure as possible to make an efficient Games without spending huge money.

"Lately we have seen in Europe, referendums which were denying very enthusiastic organisers to be candidates, because the population was quite aware of huge money which would be invested and at the end of the day, the essential amount of money would come from the pockets of taxpayers.

"Taxpayers are not particularly interested in spending too much.

"If we diminish the costs, make the Games more efficient and adapted to the country, different from one edition to the next, it would make it more successful."

Kocijančič remains positive about finding a host in Western Europe, which he claims would show the Games was truly a European one, rather than being focused in one area of the continent.

It is also likely that a Western European host could help the EOC avoid the criticism aimed at Baku 2015 and Minsk 2019, where human rights concerns have been raised in relation to both Azerbaijan and Belarus.

"The choice of the two cities [Baku and Minsk] was the consequence that we were invited there," Kocijančič said.

"The time being, we did not have a lot of choice.

"Now I have the feeling that we have much larger interest, we have interest from several countries.

"If possible, I would like to go to a Western European country, in a way that would bring expression to the universality and diversity that exists in Europe.

"We have the first contacts and we want to subscribe a tender at our General Assembly at Marbella in Spain in November.

"We will then make the decision pretty soon.

"I am quite sure that the European Games have a pretty good perspective and after the first and second editions we will have a developed brand."

The EOC have succeeded in ensuring 10 of the 15 sports on the Minsk 2019 programme will offer qualification for the Olympic Games, which is likely to attract top athletes and ensure larger public awareness.

The organisation also believe hosting the Games will offer countries the opportunity to boost the performances of their athletes as they head towards the Olympics.