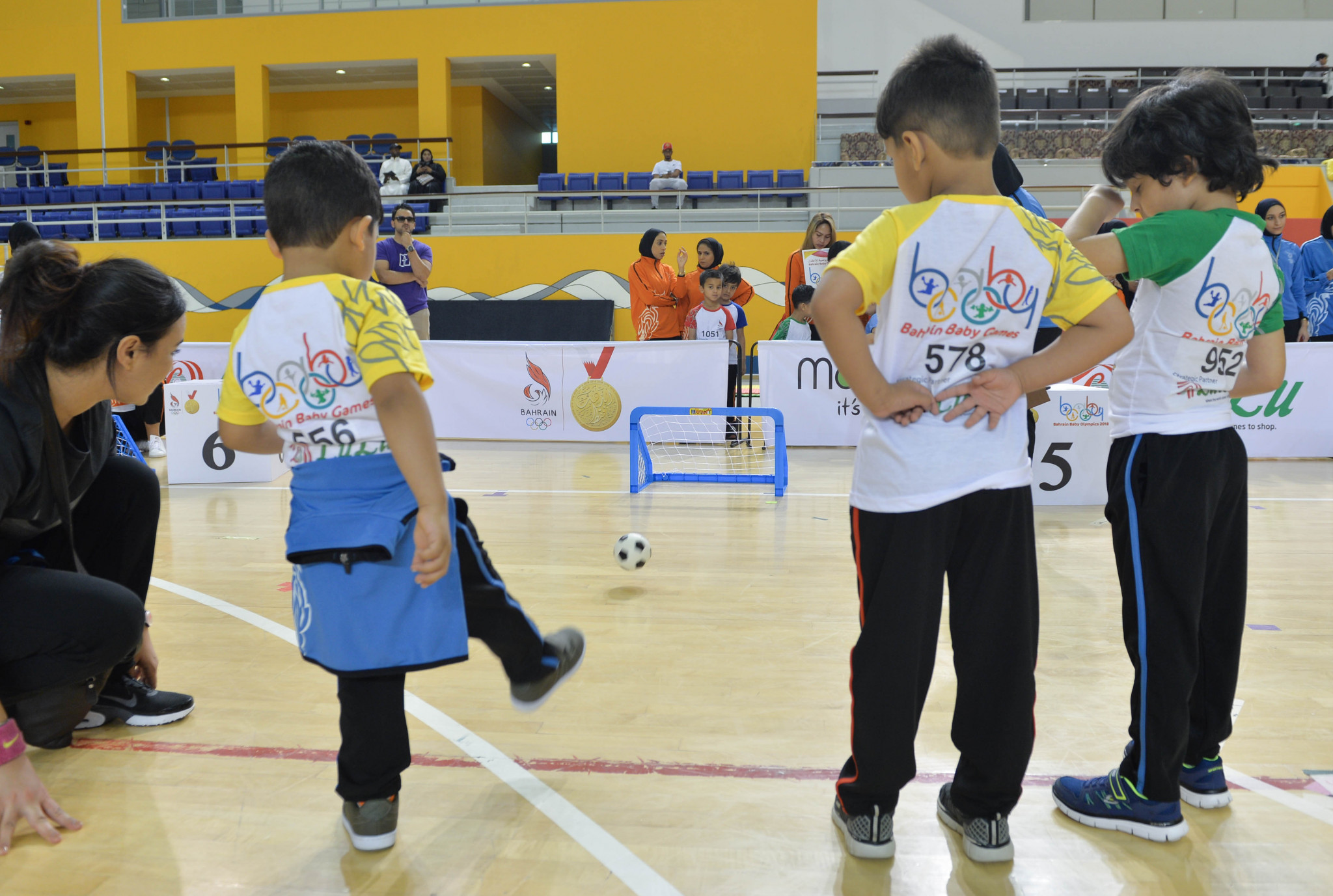 Children between the ages of four and five took part in football free-kick competitions as the Bahrain Baby Games continued.

During the two-hour session, each of the children had five attempts at the target and were guided by representatives from the Ministry of Education, the Ministry of Labour and Social Affairs and organisers the Bahrain Olympic Committee (BOC).

At the end of the competition, all of the participants were presented with commemorative bronze medals from Organising Committee chairman Lounes Madene and public relations manager Mohammed Al Beloshi.

The Baby Games have seen children between the ages of two and five compete in athletics, gymnastics, basketball and football as part of the BOC's efforts to promote sports at a young age.

Around 1,200 children from 66 nurseries across the country have been taking part in the Games, which were recently praised by several heads of pre-schools and nurseries in Bahrain.

"We believe that the event will inspire our kids to learn about teamwork, dedication and the power of practice."