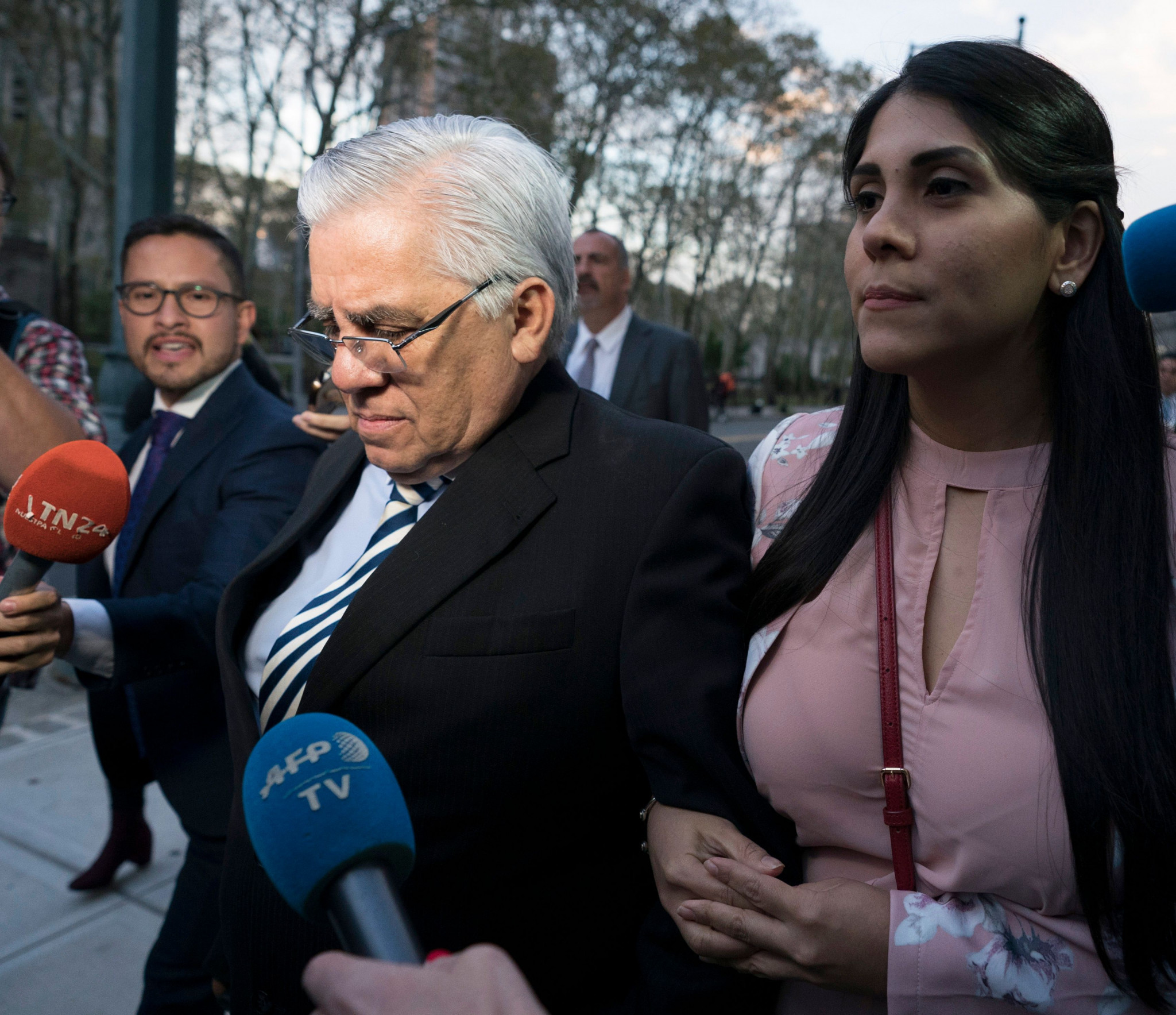 Former Guatemalan judge Hector Trujillo has been banned from football for life by the FIFA Ethics Committee for corruption and bribery.

Trujillo was the first official to be sentenced in the United States as part of the widespread criminal probe into wrongdoing within world football's governing body.

The 63-year-old was sentenced to eight months in prison in October after he pleaded guilty to wire fraud and conspiracy.

Trujillo received kickbacks in exchange for awarding contracts to companies for the media and marketing rights to the FIFA World Cup, when he was secretary general of the Guatemalan Football Federation.

"The Adjudicatory Chamber found Mr Trujillo guilty of having violated article 21 (bribery and corruption) of the FIFA Code of Ethics," a statement from the FIFA Ethics Committee read.

"He has therefore been banned for life from all football-related activities (administrative, sports or any other) at national and international level."

Trujillo was arrested in December 2015 in Florida, during a Disney cruise with his family.

He spent more than a month in prison before he was freed on $4 million (£2.9 million/€3.3 million) bail, with home confinement ordered.

The investigation into corruption within FIFA in the US has seen a total of 42 officials and entities indicted by the United States Department of Justice.