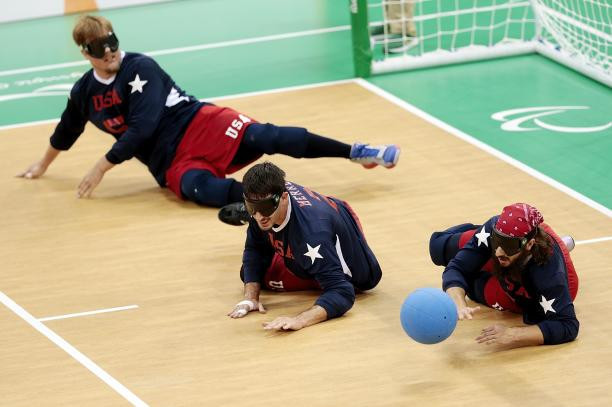 The head coaches of the USA goalball national teams have named their men's and women's squads for the 2018 International Blind Sports Federation (IBSA) Goalball World Championships, taking place in Malmö, Sweden, from June 3 to 8.

The tournament will serve as Team USA's first opportunity to qualify for the Tokyo 2020 Paralympic Games.

In 2014, both US teams earned places on the podium - gold for the women and bronze for the men - to qualify for the Rio 2016 Games.

The men went on to claim silver and the women bronze at the Paralympics.

Eight of the athletes who helped earn those medals will be playing on the court this summer in Sweden.

Both teams have new names on their rosters with Grej Pesjaka, Josh Welborn and Calahan Young representing the US men for the first time at a World Championships.

Joe Hamilton, John Kusku and Daryl Walker are the other names in the men's list.

"We're proud of the strength and depth of our goalball programme here in the US," said Matthew Boyle, the men's head coach.

"We've turned over 50 per cent of our men's team since Rio, which was less than two years ago.

"Worlds will serve as several players' first experience in a big international event.

"We couldn't be more excited."

Those sentiments were echoed by Jake Czechowski, the women's head coach.

"I'm very excited about the team we are taking to Sweden,” he said.

"Our training has been outstanding and the team will be ready to go.

"I have no doubt that this will be the most competitive event our team has ever attended and am confident we will rise to the occasion.

"We are going to be very difficult to beat."

The US men's team will enter round robin play in Group B which also includes Brazil, Canada, Germany, Iran, Egypt, Czech Republic and Japan.

The women will compete against China, Algeria, Canada, Greece and Brazil in Group D.

Teams finishing on the podium in both the men's and women's division in Malmö will qualify for Tokyo 2020.

Japan has an automatic qualification as host nation.