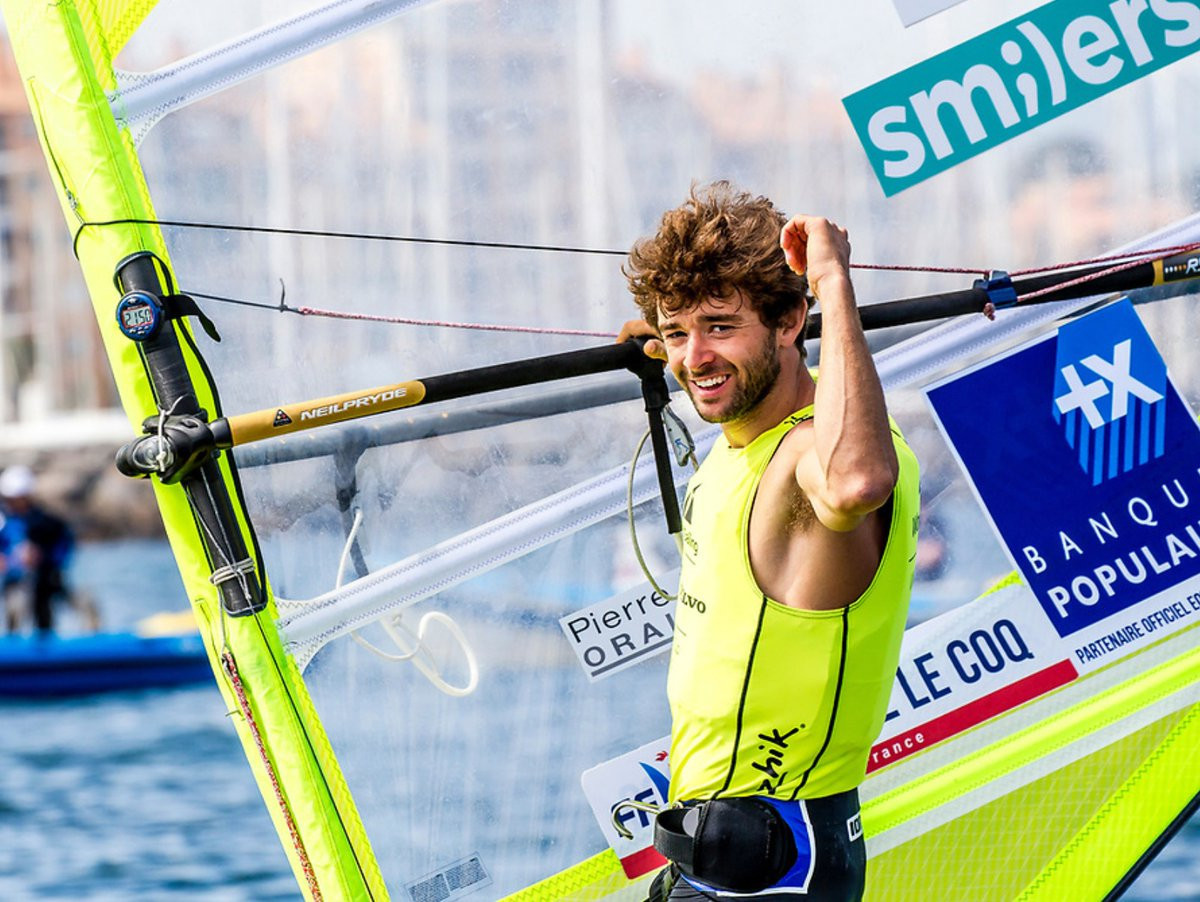 Eight gold medals were decided on the penultimate day of competition at the Sailing World Cup Series leg in Hyères in France.

Six categories concluded today with decisive medal races, while winners were guaranteed in another two with a day to spare.

There was home success in the men's R:SX windsurfing class when Olympic bronze medallist Pierre Le Coq led home a French 1-2-3 on 88 points.

Louis Giard finished four points behind in second place and Thomas Goyard won the medal race to move into third.

Poland's Zofia Klepacka prevailed in the corresponding women's race for third time at Hyères with a total haul of 61 points.

China's Pelina Chen finished second in the medal race but missed out on the overall victory by three points overall, with Malgorzata Bialecka of Poland a distant third on 75 points.

Victoria Travascio and Maria Branz of Argentina were third with 96 points.

Damien Seguin ensured more French success with a 10th 2.4 Norlin OD title in Hyères with his eighth race win of the week in the Para-sailing class.

He finished on nine points overall to end-up 15 clear of Bruno Jourdren of France.

Rafa Andarias of Spain was third on 34 points.

Poland's Dominik Buksak and Szymon Wierzbicki claimed a first World Cup medal of any colour by winning gold in the 49er class after four rivals were disqualified for false starting in the medals race.

The duo ended the regatta on 49 points to triumph by 11 over New Zealand's Logan Dunning-Beck and Trent Rippey.

Ruggero Tita and Caterina Banti won the gold medal with ease for Italy in Nacra 17 class as their 47-point tally saw them finish 32-points clear of Ben Saxton and Nicola Boniface of Great Britain.

Sweden's Anton Dahlberg and Fredrik Bergström sealed a gold medal with a day to go in the men's 470 class after a fourth and a second place finish today.