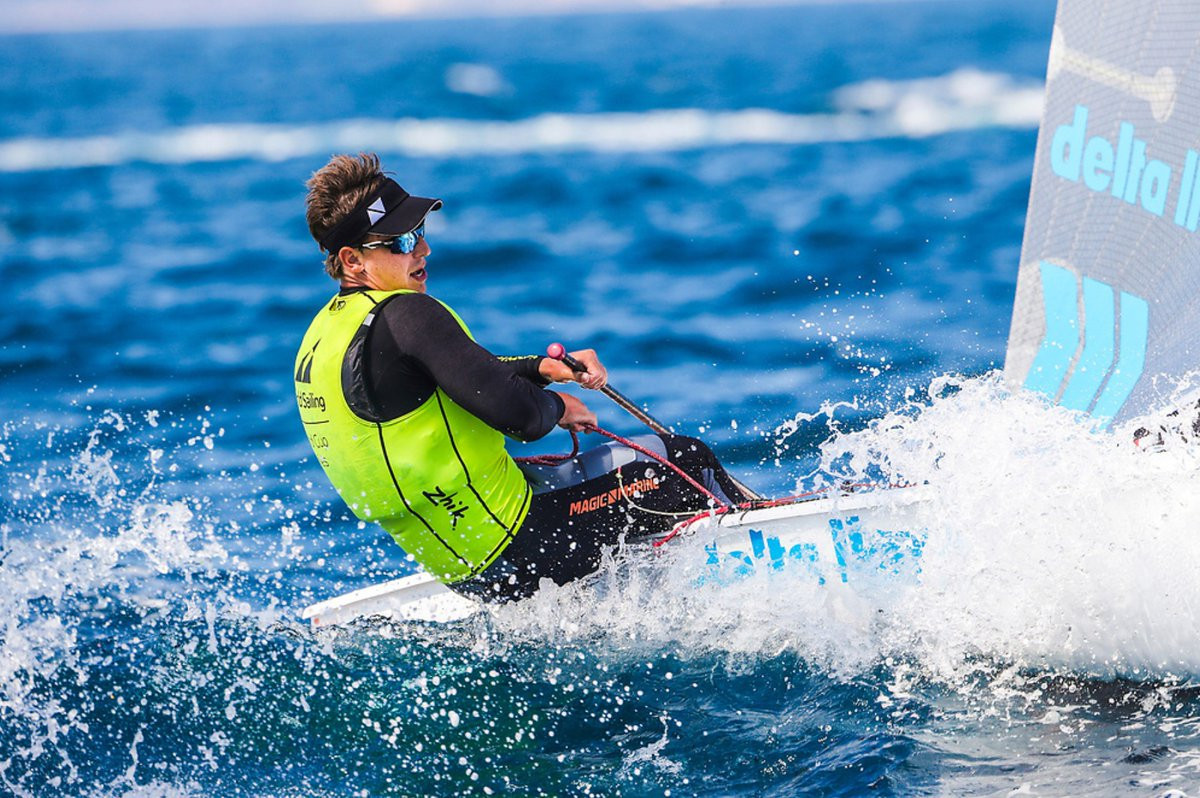 Sun shone on a fourth day of perfect racing at the Sailing's World Cup in Hyères as action heated-up with medal races fast approaching.

It provided a welcome change from three days of racing under grey and foggy skies.

The Finn fleet continues to be one of the tightest.

Dutchman Nicholas Heiner holds the slenderest of four-point leads, with 32 points, over Brazilian rival Jorge Zarif after securing a fourth victory of the week today.

Defending champion Alican Kaynar is a further two points behind.

"We had beautiful conditions today and finally some pumping downwind," said Heiner.

"My first race was nice, scored a first.

"I managed to have a few good downwind legs and pass a few good sailors.

"Unfortunately, I had a bad start in the second race, but I crawled my way back into the top 10 [to finish eighth]."

Marit Bouwmeester of The Netherlands now holds a huge 42 point lead in the laser radial class after a first and a second place finish today kept her on 22 points.

Maité Carlier of Belgium lies second and Denmark's Anne-Marie Rindom a further 11 points off the pace in third.