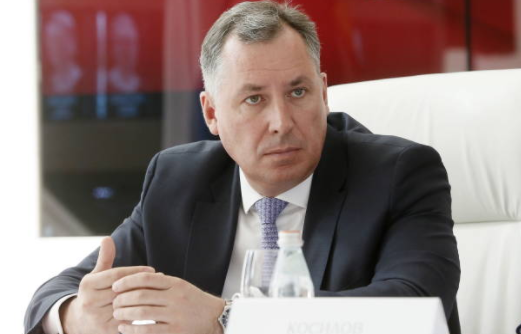 Stanislav Pozdnyakov has reportedly emerged as the prime candidate to be elected Russian Olympic Committee (ROC) President next month after being nominated to stand for the position.

The official is currently first vice-president of the ROC and also served as head of the Olympic Athletes from Russia team at the Pyeongchang 2018 Winter Olympics.

The 44-year-old is also a four-time Olympic and 10-time world champion in fencing.

It has been reported by TASS, Russia's official state news agency, that the Russian Cross Country Skiing Federation (FLGR) Board have adopted a "unanimous decision" to nominate Pozdnyakov for the position.

This announcement has been widely interpreted in the Russian media as a strong signal of his good prospects.

An election is due to be held in Moscow on May 29, with applications due by May 14.

It is not yet clear if incumbent Alexander Zhukov will stand for another term.

"The Presidium of the Federation of Russian Cross-Country Skiing unanimously decided to nominate Stanislav Pozdnyakov for the post of President of the ROC," FLGR Board member Alexander Grushin told TASS.

There has been speculation that Zhukov may vacate his post ever since 2016 as he is also juggling his sporting position with another as first deputy chairman of the State Duma in Russia.

However, Zhukov's departure from the ROC post that he has held since 2010 would automatically mean that he ceases to be a member of the International Olympic Committee.

Pozdnyakov is considered an ally of Zhukov, so the announcement that he will stand may be an indication that the latter will not stand.

No other candidates have yet come forward.