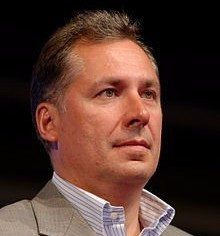 The 42-year-old Russian beat French Fencing Federation secretary general Catherine Defoligny, the only other candidate, by 27 votes to 17 in a single round at the EFC Congress in Polish city Toruń

"I would like to express my thanks to the Congress," said Pozdnyakov.

"The next four years we will work hard together to do the best we can for European fencing.

"I would like to thank Catherine Defoligny for the fair competition."

Pozdnyakov, whose four-year term begins immediately, succeeds Israel’s Vladimir Shklar at the head of European fencing’s governing body, which unites all 45 of the continent’s National Federations.

Shklar, vice-president of the EFC, had held the top role in a temporary capacity following the death of incumbent Frantisek Janda in November.

He was one of the other runners, along with Spanish Fencing Federation President Marco Rioja, however, both withdrew their candidacies ahead of the voting.

Pozdnyakov is one of fencing’s most successful athletes having won individual and team gold medals at the 1996 Olympic Games in Atlanta and team gold at Barcelona 1992 and Sydney 2000.

He amassed 10 World Championship gold medals from the 1994 edition in Athens through to St Petersburg in 2007.

Since retiring from competition, Pozdnyakov has held a number of roles within fencing.

In 2008, he became senior coach for the Russian national team and the following year he was appointed first deputy president of the Russian Fencing Federation.

The elections took place on the eve of the European Fencing Championships, which run from today until Saturday (June 25) in Toruń.

The EFC is one of five Continental Confederations under the International Fencing Federation (FIE) with equivalent bodies covering Pan America, Oceania, Africa and Asia.

All Confederation Presidents are members of the FIE’s Executive Committee.