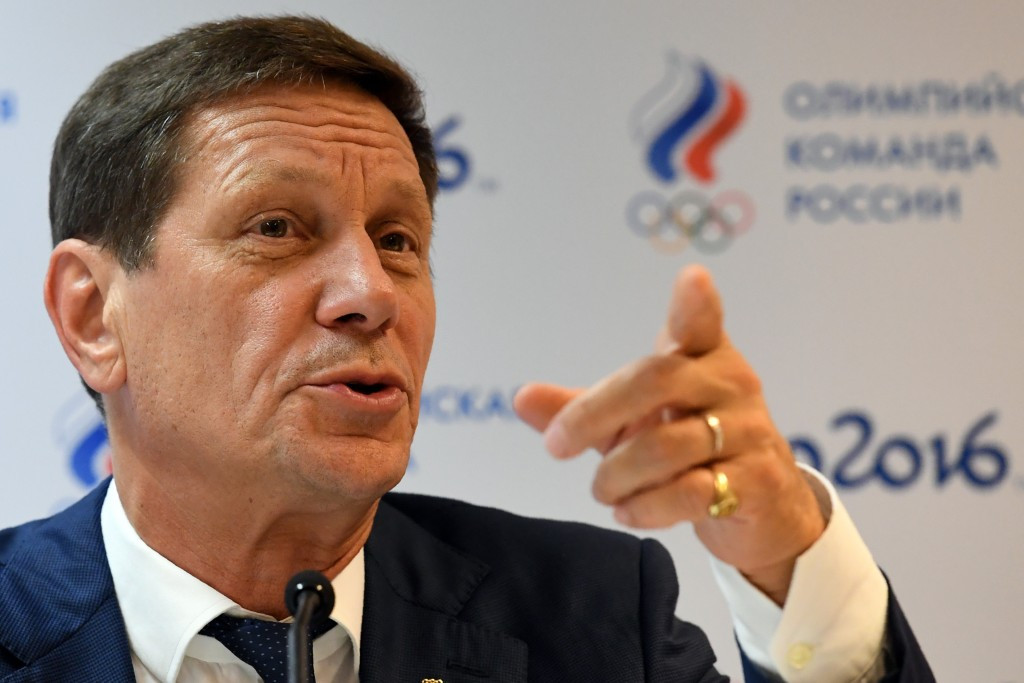 Alexander Zhukov has reiterated that he wants to remain a member of the International Olympic Committee (IOC) and that there will be no changes in the leadership of the Russian Olympic Committee (ROC) until talks have taken place.

There was surprise earlier this month when Russian President Vladimir Putin announced that Zhukov was stepping down as head of the ROC to concentrate on his role in the Duma, the country’s Parliament.

Zhukov, however, has revealed that there is no timeline for when he will step down and he will ensure that it does not harm Russia’s relationship with the IOC.

"First of all, I’d like to stress that at the moment I am still the head of the ROC and there is no certain deadline for my resignation," he told insidethegames.

"Of course, the prospective change of the ROC head should not have an adverse impact either on the Committee’s activities or cooperation and contacts with the IOC.

"As the First Deputy Speaker, I have now significantly more responsibilities in the area of budget, economic and social legislation, planning of the overall legislative work of the Duma.

"All of these demand close attention and permanent presence.

"I’ve discussed the situation with President Putin and we came to an understanding that it would be extremely difficult to be efficient in balancing the work in the State Duma with the ROC day-to-day management where a large team is busy implementing numerous projects and a set of tasks to assist the Olympic Movement development in Russia, programmes of the mass sports development and the participation of Team Russia in the Olympic Games.

"That is why the ROC day-to-day management could be gradually handed over to another person."

Zhukov, however, claimed that a key priority for him was retaining his position as a member of the IOC, including staying on as chairman of the Coordination Commission for the 2022 Winter Olympic and Paralympic Games in Beijing.

Under the terms of the Olympic Charter, Zhukov’s place on the IOC could come under review because he is there due to his position as President of the ROC.

"My IOC membership is a matter of special pride and responsibility," the 60-year-old, elected as a member of the IOC in 2013, told insidethegames.

"I value the fact that I represent my country in the Olympic community, have a say in implementing the ambitious and progressive Agenda 2020, in fostering cooperation along different tracks.

"I am grateful to Thomas Bach for his confidence, as it was his decision to appoint me to be chairman of Beijing 2022 Coordination Commission, which is a very important area of work.

"Of course, I would like to continue this work, to focus on the international cooperation between Russia and the Olympic Movement.

"That is why I’d like to underline that there would be no reshuffles in the Russian Olympic Committee before relevant consultations with the IOC take place.

"We hold in high regard our relationship and the dialogue that helps resolve even the most complex issues.

"I would like to reiterate once again that there are no certain deadlines and nobody is in a rush.

"We do understand the importance for Russia of its cooperation with the IOC, International Sports Federations and global sports organisations at present.

"Our goal is to further and promote this cooperation and not to create any artificial barriers."

The announcement by Putin that Zhukov was stepping down was linked in some quarters to the doping scandal which has engulfed Russia in the last year.

The country is already suspended by the International Association of Athletics Federations (IAAF) and it faced calls to be banned from the Olympic Games in Rio de Janeiro following publication in July of the McLaren Report, which allegedly found evidence of state-sponsored doping.

Russia were allowed to compete in the Olympics but the International Paralympic Committee banned them from Rio 2016.

Zhukov claimed that Russia is making progress in the fight against doping and should be given more credit for the steps it has already taken.

"It’s a habit to criticise Russia, but let’s have a look at the facts," he told insidethegames.

"We have met over 30 criteria set by the IAAF to reform the Russian track-and-field, revamped the National Athletic Federation, implemented new doping control rules which are strictly observed.

"We have started reforms in another sport - weightlifting - which also faced serious problems.

"The functions and procedures at the National Anti-Doping Agency and the anti-doping laboratory have been fundamentally restructured.

"The RUSADA [Russian Anti-Doping Agency] becomes an organisation totally independent from the Sports Ministry; the anti-doping laboratory is placed under the supervision of the Moscow State University.

"We are absolutely open for cooperation with international organisations regarding the anti-doping activities.

"Our laws are made more stringent, they introduce different levels of liabilities and doping distribution is made a criminal offence which is in full compliance with the recommendations of the Olympic Summit.

"We are in the process of creating a totally new culture of zero-tolerance towards doping and prohibited substances.

"This is a large-scale educational, awareness-rising and outreach campaign.

"During the Rio Games the Russian athletes were subject to more tests than representatives of any other country and I believe they proved to the world that they achieve victory due to their talent and skills and not with the help of doping or any medical enhancements.

"We will continue developing our system based on a zero-tolerance approach to doping."