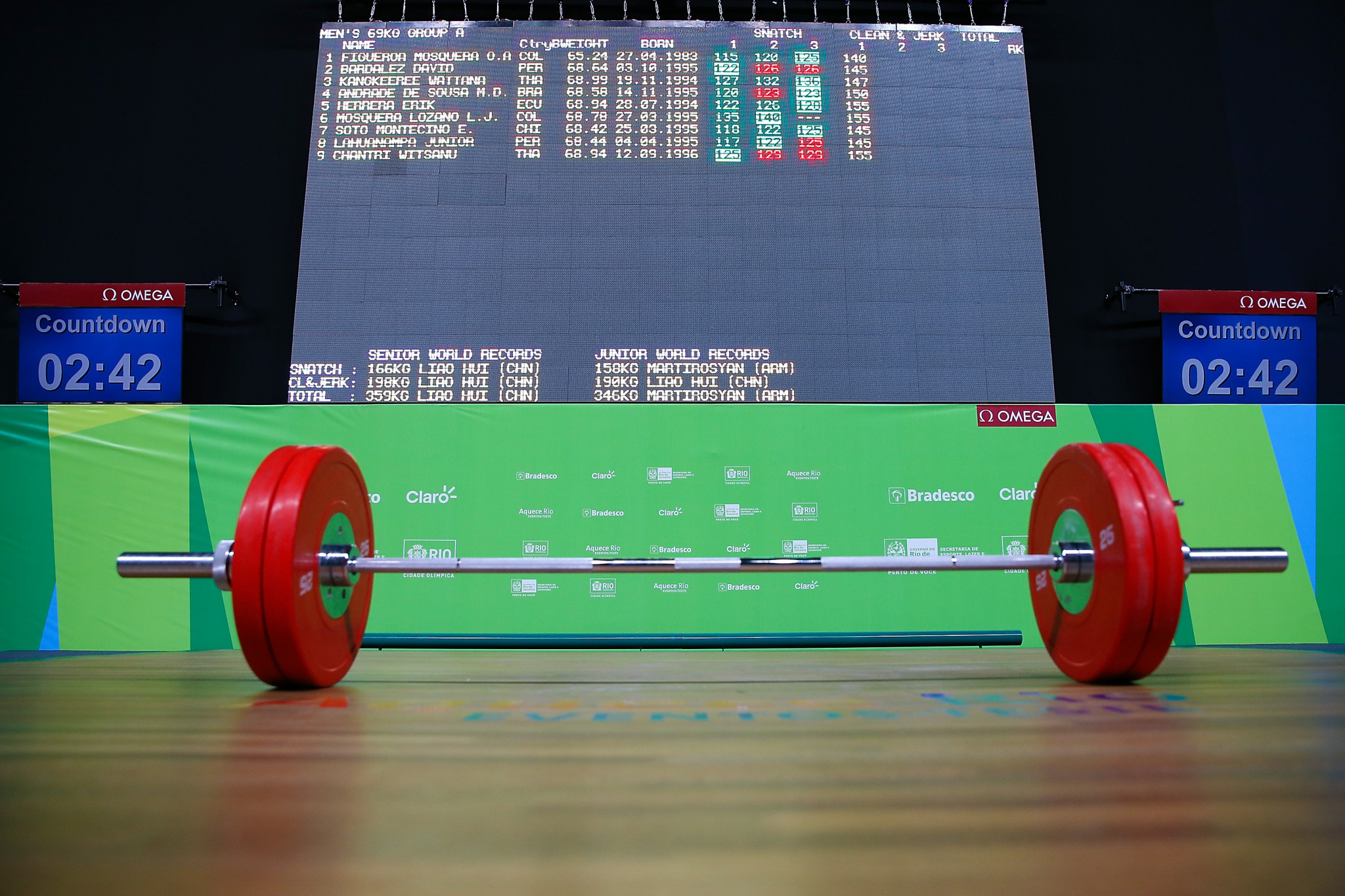 The International Weightlifting Federation's (IWF) new anti-doping policy will come into effect next month and ensure the sport's governing body is in line with international best practice, the IWF announced in Colorado Springs after a two-day meeting of its Executive Board.

The Board also received information on the implementation of the "Tbilisi decision" - the suspension of nine nations for a year for having three or more positives in the retesting of samples from the 2008 and 2012 Olympic Games.

All those nations - Russia, Kazakhstan, Armenia, Azerbaijan, Belarus, Ukraine, Moldova, Turkey and China - will gather in Moscow in May for an educational anti-doping seminar backed by the World Anti-Doping Agency (WADA).

Those nine, the IWF said in a statement, contributed disproportionately to the sport's total number of doping cases and "are all working to change their historical cultures around doping".

Their suspensions are due to end in October.

Weightlifting's place on the Olympic Games schedule is guaranteed for Tokyo 2020 but to retain its place beyond then it must update the International Olympic Committee (IOC) with reports of progress in its anti-doping efforts, and is effectively "on probation".

Tamás Aján, President of the IWF, said: "To change culture, first you must have a sense of urgency.

"The IOC's deadlines and our suspensions of member federations have created that urgency.

"The IWF is determined to do all it can to protect clean lifters, and I am very pleased by the way the whole Executive Board has been engaged with this important work.

"Over the past several years, the IWF has radically improved the way it deals with the historic problem of doping, which mainly concerned a limited number of countries where there was a broader culture of doping.

"The new Anti-Doping Policy we are bringing into force shows that we are already delivering on our commitments.

"The Board was also particularly happy to note WADA's confirmation last week of our compliance with the WADA Code."

Included in the meeting's busy agenda was a presentation on the IOC-approved Tokyo 2020 qualification system - an important step in ensuring a new competition structure and process which will support clean competition at the Olympic Games.

News of the Olympic qualifying process is expected to be announced this summer.

The next Executive Board meeting is in the first week of July.

"Changing culture requires a broad coalition of people to make the change - working in partnership with the IOC, with WADA and the national anti-doping organisations, and with our own federations, coaches and athletes, we have this coalition also," said Aján.

"All the ingredients for change have been put in place, so it is no surprise to see the change actually happening.

"I have complete confidence that the IWF can demonstrate this to the IOC's satisfaction."

The IWF Clean Sport Commission chair, Richard Young, added: "The implementation is underway and is going well and we will be meeting to review the status of the completion of the recommendations again before the IOC Executive Board meeting in June."

During the meeting there were also updates on communications and social media as well as television and broadcasting.