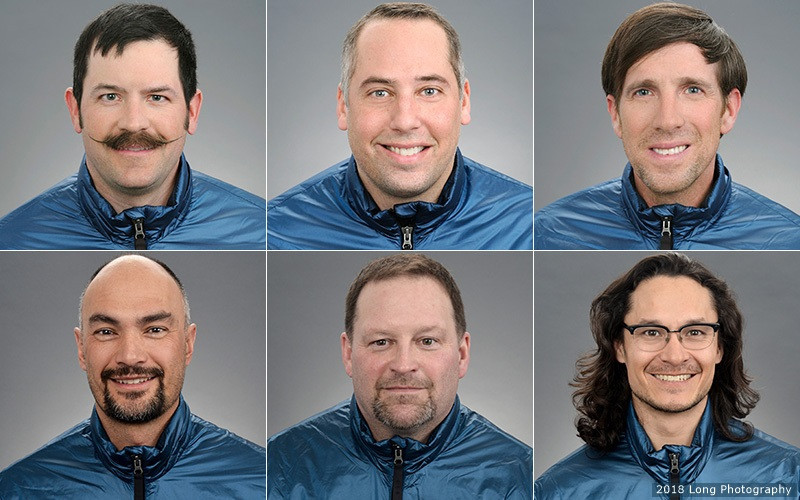 The United States Olympic Committee (USOC) has announced the three Olympic and three Paralympic coaching finalists for the Team USA Awards Best of the Games.

The Awards, presented by Dow, honour the outstanding contributions of US coaches at the 2018 Winter Olympic and Paralympic Games in Pyeongchang.

Among the Olympic coach of the Games finalists is Jason Cork, instrumental in leading the United States to their first-ever Olympic medal in women’s cross-country skiing and the first gold medal in the sport.

In addition to the historic victory in the women’s team sprint, Cork also guided Jessica Diggins to three individual top-five finishes - the best-ever performance from an American woman in Olympic cross-country skiing prior to the gold medal.

His dedicated mentorship of Diggins was highlighted by a relocation from the Midwest to Vermont in the lead-up to Pyeongchang 2018, where it is claimed his cultivated skill as a ski technician was also critical to the US's success.

Also nominated is Phill Drobnick, who guided the US men’s curling team to the country’s first Olympic gold medal in the sport at Pyeongchang 2018.

The US claimed a 10-7 upset victory over Sweden in the final,  the country’s first in Olympic history.

Their round-robin win over three-time defending champions Canada was a first for the US, which had never previously defeated its neighbours at the Winter Olympics.

The US also beat Canada in the semi-finals.

Completing the list of the Olympic coach of the Games finalists is Mike Jankowski, who led the US's freestyle skiers and snowboarders to a combined 11 medals, including five golds, at Pyeongchang 2018.

The medal haul accounted for nearly half of the US’s  podium finishes in Pyeongchang, and improved US Ski and  Snowboard’s overall total to 29 Olympic medals in halfpipe, slopestyle and big air events since Jankowski arrived at the helm of these programmes in 2006.

One of the Paralympic Coach of the Games finalists is Gary Colliander, whose biathlon expertise helped the US Paralympic Nordic skiing team conclude Pyeongchang 2018 in record-setting fashion with seven medals in the sport.

Prior to Pyeongchang 2018, the US had only won one biathlon medal in Winter Olympic or Paralympic Games history.

Colliander, who previously coached the US women’s national biathlon team on the Olympic side, was brought on as a Paralympic biathlon coach in December 2016.

He successfully propelled the programme by guiding the US to claim two golds, four silvers and one bronze at Pyeongchang 2018.

Also nominated is Guy Gosselin, who guided the US Para ice hockey team to an unprecedented third-straight Paralympic gold medal on the strength of an unbeaten record that culminated in a thrilling come-from-behind overtime win against rival Canada in the gold medal match.

Under his direction, the US tallied a national Paralympic record of 40 goals in five games.

Individually, Gosselin coached Brody Roybal to tournament accolades as best forward and Most Valuable Player with 17 points, including 10 goals.

Declan Farmer, meanwhile, tied a US and Paralympic record for most goals at a single Winter Paralympics, clocking up 11.

Pyeongchang 2018 marked Gosselin’s first Winter Paralympics in a head coaching role after assisting the late Jeff Sauer to the gold medal in 2014.

Completing the list of the Paralympics coach of the Games finalists is Graham Watanabe, who led the US Paralympic snowboarding team to a historic 13-medal showing at Pyeongchang 2018.

It came in only his second year with the programme and his first as head coach.

Competing in the sport’s second appearance at a Winter Paralympics, US snowboarders topped the medal table with victories in five of the 10 events.

Under Watanabe’s tutelage, US athletes shined in the Paralympic debut of banked slalom, winning six medals, and added seven medals in snowboard cross.

Additionally, he guided five athletes to gold medals in their Paralympic debuts, including Brenna Huckaby, who won both of her events.

The USOC added the Olympic and Paralympic coaching accolades to the Team USA Awards programme for Best of the Year and Best of the Games in 2017.

The winners are determined via a selection committee and recognised during the Team USA Awards ceremony, which this year is due to be held on April 26 in Washington D.C.

Hosted by Mike Tirico, the ceremony will be televised as a 90-minute feature for the first time, and is scheduled to be broadcast May 12 on NBCSN.