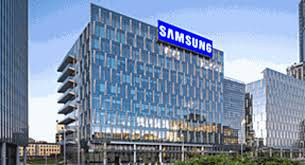 Samsung Electronics have denied reports that they ran a secret lobbying campaign to boost Pyeongchang's successful bid for the 2018 Winter Olympic and Paralympic Games.

The list was reportedly compiled in conjunction with Papa Massata Diack, the scandal-tainted son of former International Association of Athletics Federations (IAAF) President, Lamine, who has already been handed a life ban from athletics for corruption and accused of wrongdoing in two other Olympic bidding contests.

Samsung chief Lee Kun-hee was implied to have been cleared of bribery charges in South Korea in 2008 so he could help mastermind the bid.

"The company reviewed everything and legally sponsored the Committee, just the same as other general sponsorship agreements it has signed," the technology giant said in a statement.

Samsung, as a member of the IOC's flagship TOP sponsorship scheme, must remain neutral under Olympic rules even if there is a South Korean bid.

The company signed a major sponsorship deal with the IAAF's new Diamond League series in July 2010 - at the height of the Pyeongchang bid.

Lee stepped down from his IOC membership for health reasons last September, five months before Pyeongchang 2018.

His son, Jay Y., the de facto head of Samsung since his father's illness, was indicted on February on charges of bribery and four other offences in connection with the cronyism investigation that also caused the impeachment of South Korean President Park Geun-hye.

Pyeongchang was awarded the 2018 Games after defeating Munich in Germany and Annecy in France at the 2011 IOC Session in Durban.

The IOC have released a statement in which they only addressed the involvement of the Diacks.

“Any information about Mr Lamine Diack will be added to his file in the IOC Ethics Commission," an IOC spokesperson said

"Furthermore, the IOC is supporting the French authorities as ‘partie civile’ in their investigations against Mr Lamine Diack.

"As far as his former functions in the IOC are concerned Mr Diack has already lost his honorary membership in 2015.”

insidethegames understands they are awaiting more substantial evidence before addressing the concerns any further.

Pyeongchang bid unsuccessfully for the 2010 edition won by Vancouver and the 2014 event secured by Sochi.

The reports come at a time where the IOC is desperate to maintain their image as seven countries decide whether to press ahead with bids for the 2026 Winter Olympics and Paralympics.

Papa and Lamine Diack are also implicated in ongoing investigations into corruption into the 2009 bidding race for the 2016 Olympics, won by Rio de Janeiro, and the 2013 contest for the 2020 Games won by Tokyo.