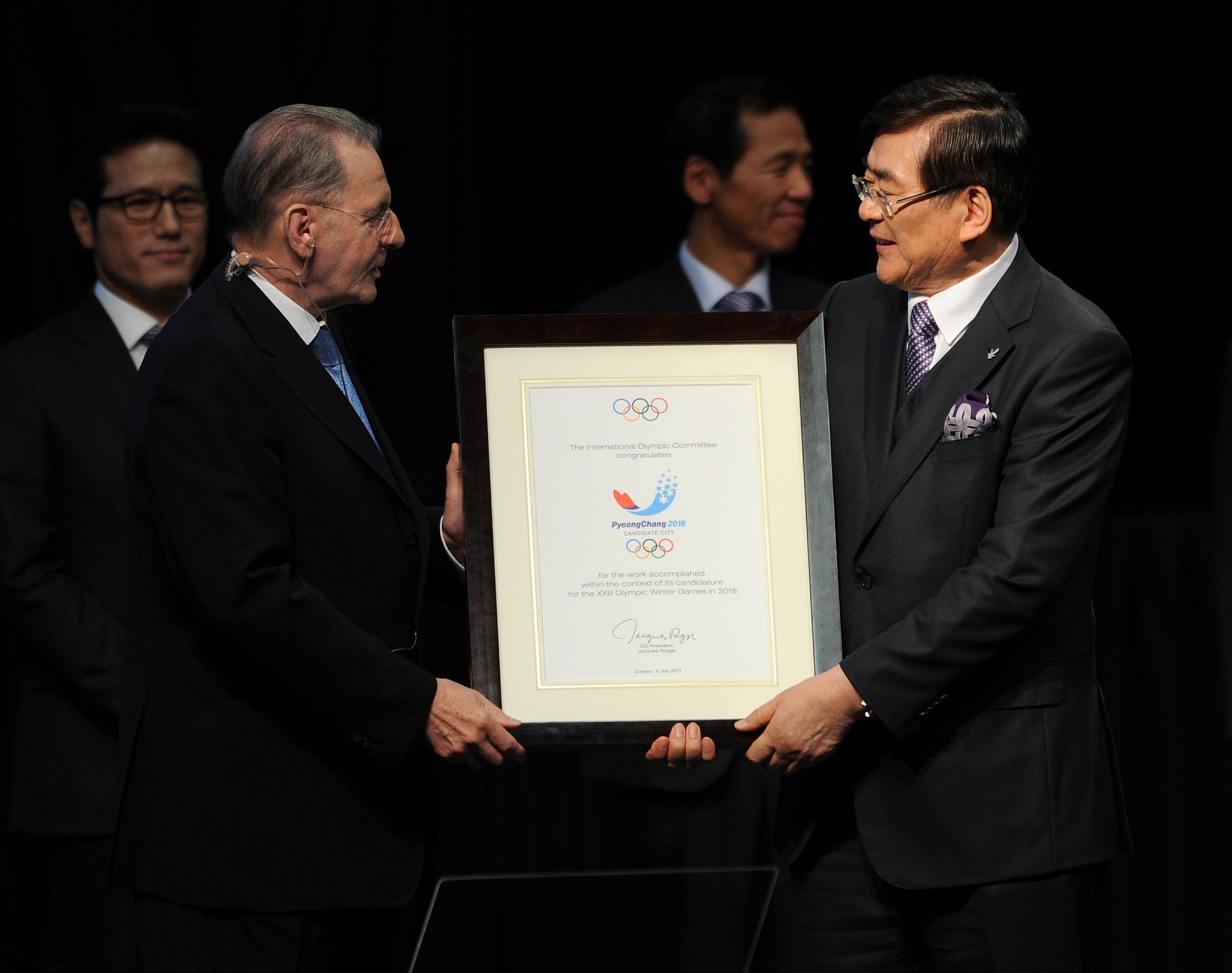 The list was reportedly compiled in conjunction with Papa Massata Diack, the scandal-tainted son of former International Association of Athletics Federations (IAAF) President, Lamine, who has already been handed a life ban from athletics for corruption and accused of wrongdoing in two other Olympic bidding contests.

Samsung, as a member of the IOC's flagship TOP sponsorship scheme, must remain neutral under Olympic rules even if there is a South Korean bid.

An IOC spokesperson has only responded to the allegation about the Diacks, saying they will "add it" to Lamine's file in the Ethics Commission, rather than focusing on the wider question about the integrity of the Olympic bidding process.

Samsung chief Lee Kun-hee, an IOC member until last year, had been found guilty of bribery charges in South Korea in 2008 before being controversially pardoned the following year in what many people saw as a means to ensure his involvement in the Pyeongchang 2018 bid.

The IOC Ethics Commission concluded that Lee had "tarnished the reputation of the Olympic Movement" but allowed him to return in the middle of Pyeongchang's successful campaign.

Pyeongchang was awarded the 2018 Games after defeating Munich in Germany and Annecy in France at the 2011 IOC Session in Durban.

The SBS report alleges that 12 of the 27 IOC member list originated from African countries.

It was reported that the list says that some would vote for Annecy 2018 at first but shift their allegiance to Pyeongchang if the French bid was eliminated in the first round.

Pyeongchang 2018 ultimately won it in one round with 63 votes as Munich managed 25 and Annecy just seven.

There were no names of IOC members included in the report.

Papa was reportedly in line to receive up to $12.5 million (£8.4 million/€10.4 million) if contracts were secured, as well as an additional but non-disclosed "success fee".

Papa and Lamine Diack are also implicated in investigations into corruption into the 2009 bidding race for the 2016 Olympics, won by Rio de Janeiro, and the 2013 contest for the 2020 Game won by Tokyo.

Lee stepped down from his IOC membership for health reasons last September five months before Pyeongchang 2018.

His son, Jay Y., the de facto head of Samsung since his father's illness, was indicted on February on charges of bribery and four other offences in connection with the cronyism investigation that also caused the impeachment of South Korean President Park Geun-hye.

“Any information about Mr Lamine Diack will be added to his file in the IOC Ethics Commission," an IOC spokesperson said

"Furthermore, the IOC is supporting the French authorities as ‘partie civile’ in their investigations against Mr Lamine Diack.

"As far as his former functions in the IOC are concerned Mr Diack has already lost his honorary membership in 2015.”