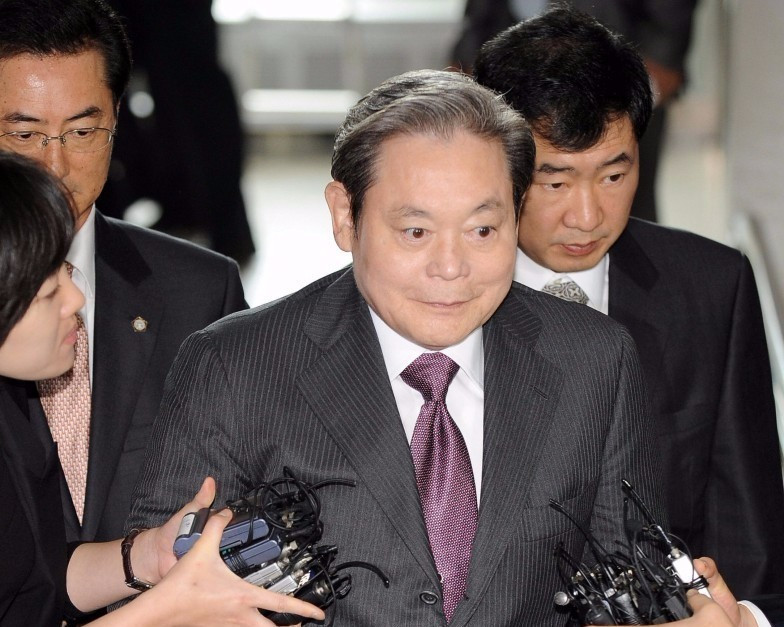 South Korea's Kun-Hee Lee has stepped down from the International Olympic Committee (IOC) due to health reasons following a request from his family, it has been announced today.

The 75-year-old Lee, the chairman of Samsung Group, has suffered from health problems for the last three years after suffering a heart attack.

He has not attended any Olympic meetings during this time and has also been virtually unseen publicly in South Korea.

In 2015, a Samsung spokesperson even had to deny reports that he had died.

Lee will step down officially at the IOC Session in Lima from September 13 to 16.

"Mr Lee has been entirely dedicated to the Olympic Movement," an IOC release today announced.

"As well as being the Honorary President of the Korean Olympic Committee, he helped to bring the Olympic Winter Games to Pyeongchang.

"Our thoughts are with his family at this difficult time during his continued illness."

Lee, a former member of the IOC Cultural and Finance Commission, was fined and given a suspended three-year prison sentence in 2008 after being found guilty of embezzlement failing to pay $39 million (£24 million/€33 million) in taxes.

He voluntarily gave up his membership only to return to the IOC n 2010 after being granted a Presidential pardon the previous year.

The IOC Ethics Commission concluded that Lee had "tarnished the reputation of the Olympic Movement" but allowed him to return in the middle of Pyeongchang's successful campaign to host the 2018 Winter Olympic and Paralympic Games.

Lee is the the third son of Samsung founder Lee Byung-chul.

Samsung joined as a member of the IOC's TOP (The Olympic Programme) sponsorship scheme in 1998 - two years after Lee became a member.

Lee's son, Jay Y., the de facto head of Samsung since his father's illness, was indicted on February on charges of bribery and four other offences in connection with the cronyism investigation that also caused the impeachment of South Korean President Park Geun-hye.

A court ruling is expected later this month.

Lee is also stepping down just five months before Pyeongchang 2018.

He was elected to the Athletes' Commission during last year's Olympic Games in Rio de Janeiro.

Korean Sport and Olympic Committee President Lee Kee-heung did announce in June how he would like to become an IOC member.

But he was not among the latest nine additions proposed for the Lima Session today.