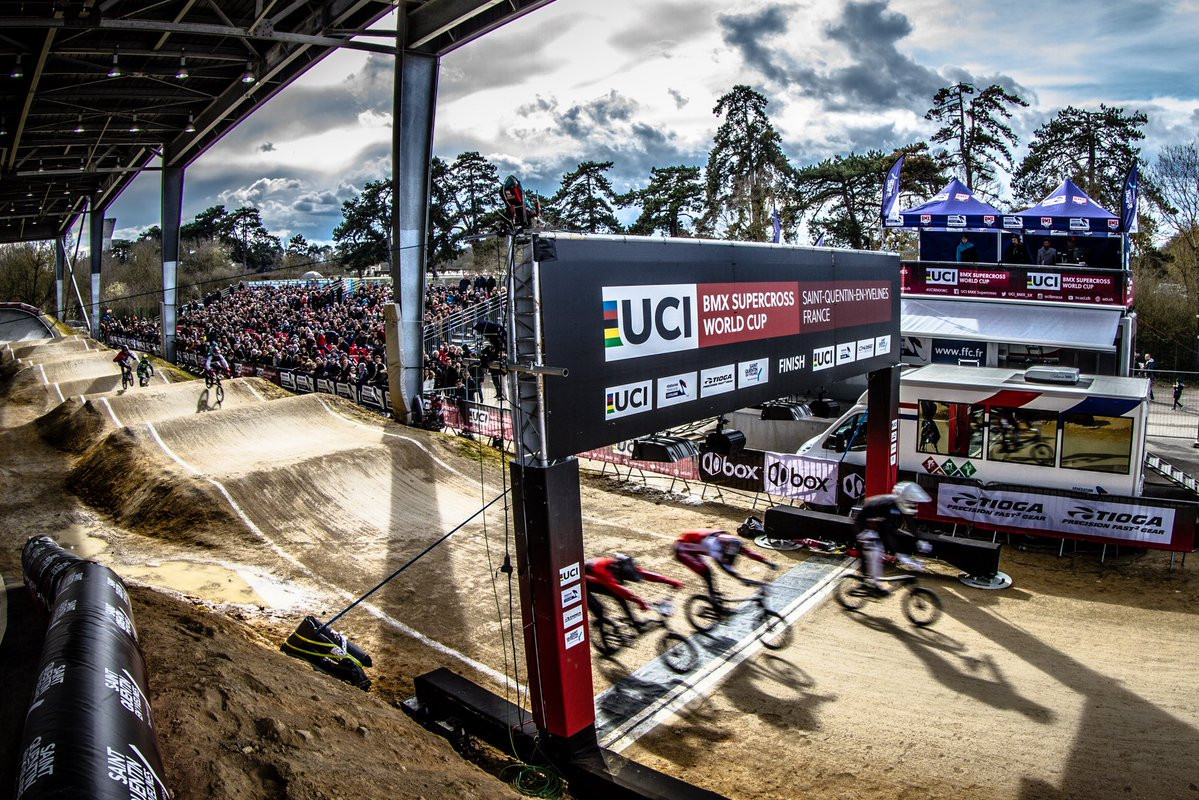 Sylvain André’s defence of his International Cycling Union BMX Supercross World Cup title on home ground got off to an unhappy start today as he wheeled in almost a minute adrift of the field after coming to grief early in the race at Saint-Quentin-en-Yvelines near Paris.

Andre finished seventh in a race won by Niek Kimmann of The Netherlands.

The Dutchman won the first men’s elite final in a time of 33.488sec, finishing ahead of two home riders – Romain Mahieu and Joris Daudet, who clocked 33.678 and 33.842 respectively.

World champion Corben Sharrah of the United States was sixth in 34.957.

Laura Smulders of The Netherlands won the women’s final, clocking 37.121.

The French venue, new to the International Cycling Union (UCI) calendar, is hosting the first and second round of the eight-long series this weekend.