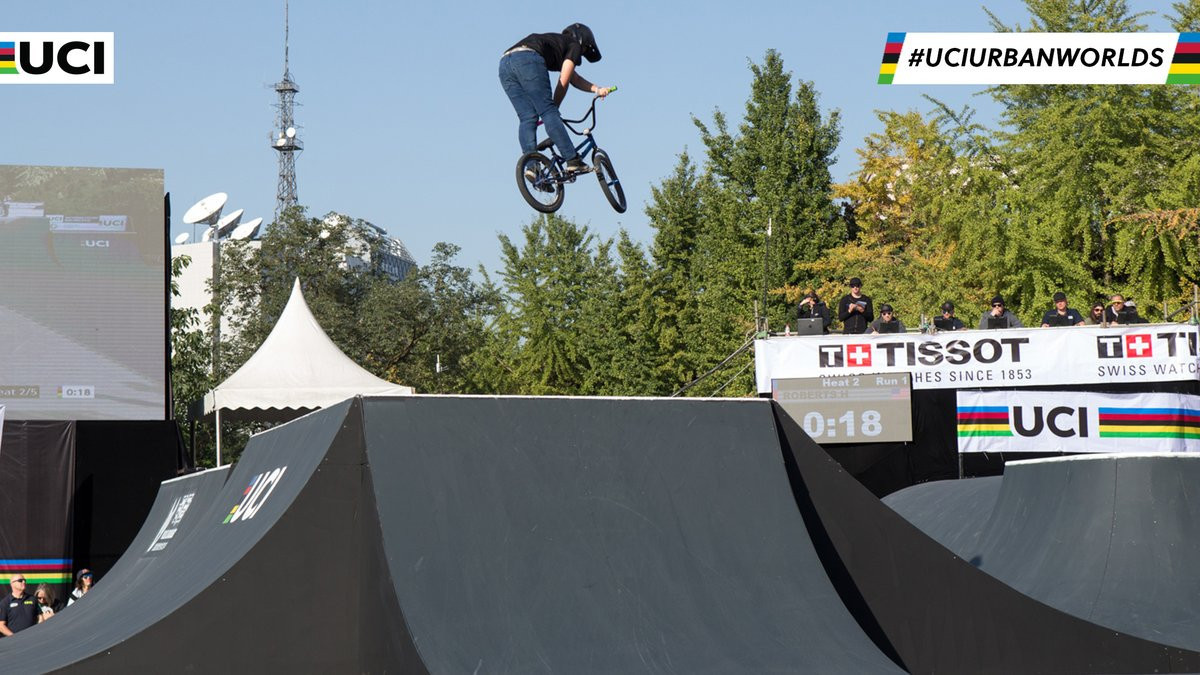 Australia’s Logan Martin and the United States’ Hannah Roberts were crowned as the first ever BMX freestyle park world champions as the inaugural Urban Cycling World Championships drew to a close in Chengdu.

Martin had shown himself as the rider to beat by topping the standings in the men’s qualification round and semi-finals yesterday at Xinhua Park in China.

The Australian held his nerve in the final as the last rider to take to the starting ramp, by producing two impressive runs.

He was rewarded with an average score of 93.82 to secure the title, pushing Britain’s Alex Coleborn into second place.

The British rider scored 91.05 to take the silver medal, while American cyclist Colton Walker took the bronze with 89.78.

Roberts was the clear favourite heading into the women’s final, having back up her World Cup win at the venue last week by leading the qualification.

The American lived up to expectations, with the 16-year-old managing an impressive total of 90.10, after two runs filled with tricks.

“I was a bit nervous and stressed about these first championships,” said Roberts.

“This world championship title means a lot to me.”

The Championships took place with the BMX Freestyle having been added to the Tokyo 2020 Olympic programme back in June.

He triumphed in the final by finishing clear of Simon Gegenheimer, with the German winning silver for the second straight year.

The podium was completed by France’s Lorenzo Serres.

Switzerland’s Kathrin Stirnemann upgraded from the silver she claimed last year in the women’s event.

She secured an impressive victory in the women’s event, with Sweden’s Ella Holmegard taking the silver.

Mountain bike eliminator had previously formed part of the Mountain Bike and Trials World Championships, but was shifted to the urban event this year.

Chengdu will host the event in both 2018 and 2019, after agreeing a three-year deal with the governing body.

The city was awarded the event five months after the UCI signed a "ground-breaking" agreement with Wanda Sports to promote cycling in China.