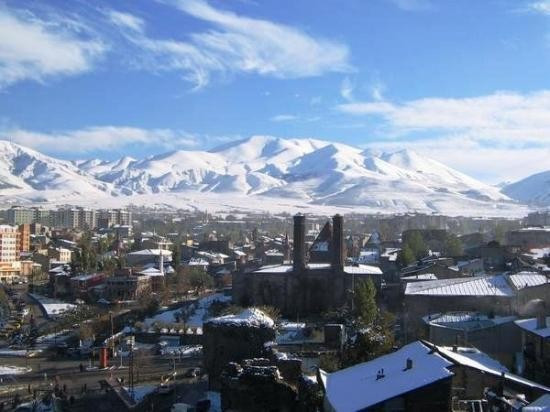 Erzurum has been officially nominated as a candidate for the 2026 Winter Olympics and Paralympics.

Habertürk said a bid from the Eastern resort had been given the backing of Turkey's President Recep Tayyip Erdogan.

It comes with the deadline to express interest to the International Olympic Committee (IOC) expiring tomorrow.

"I would like to extend my gratitude to President Recep Tayyip Erdogan and my Government for the support of Erzurum for the official candidacy application for the 2026 Winter Olympics," he said.

A visit by Erdogan to Erzurum on March 16 reportedly proved key and Turkish media say the country's National Olympic Committee have also been informed.

It means the country is set to mount its first-ever Winter Olympic and Paralympic bid.

Istanbul finished second behind Tokyo in the race for the 2020 Summer edition.

Erzurum also hosted the Winter Universiade in 2011 and a first International Ski Federation Snowboard World Cup was held there this year.

Support was given earlier this month by Fuat Taşkesenligil, the region's director of Youth Services and Provincial Sport, who described a potential 2026 bid as a key part of Turkey's 2023 vision of goals designed to coincide with the country's centenary.

"Erzurum is a city with a capacity to do Olympic sports with existing sports facilities," he told Milliyet.

"Turkey is a growing and developing country in the management of our President Recep Tayyip Erdogan.

"Erzurum is a city that can make an Olympic Games with the existing potential ice halls and ski centres."

A number of other contenders remain in the frame before tomorrow's IOC deadline.

These include Calgary in Canada, Sapporo in Japan, Sion in Switzerland, Stockholm in Sweden, Graz and Schladming in Austria and Milan and Turin in Italy.

Those who submit have the next six months to provide more details of their bids before the IOC Session in Buenos Aires in October is due to propose official candidates.

A choice is then scheduled to be made at an IOC Session next year.