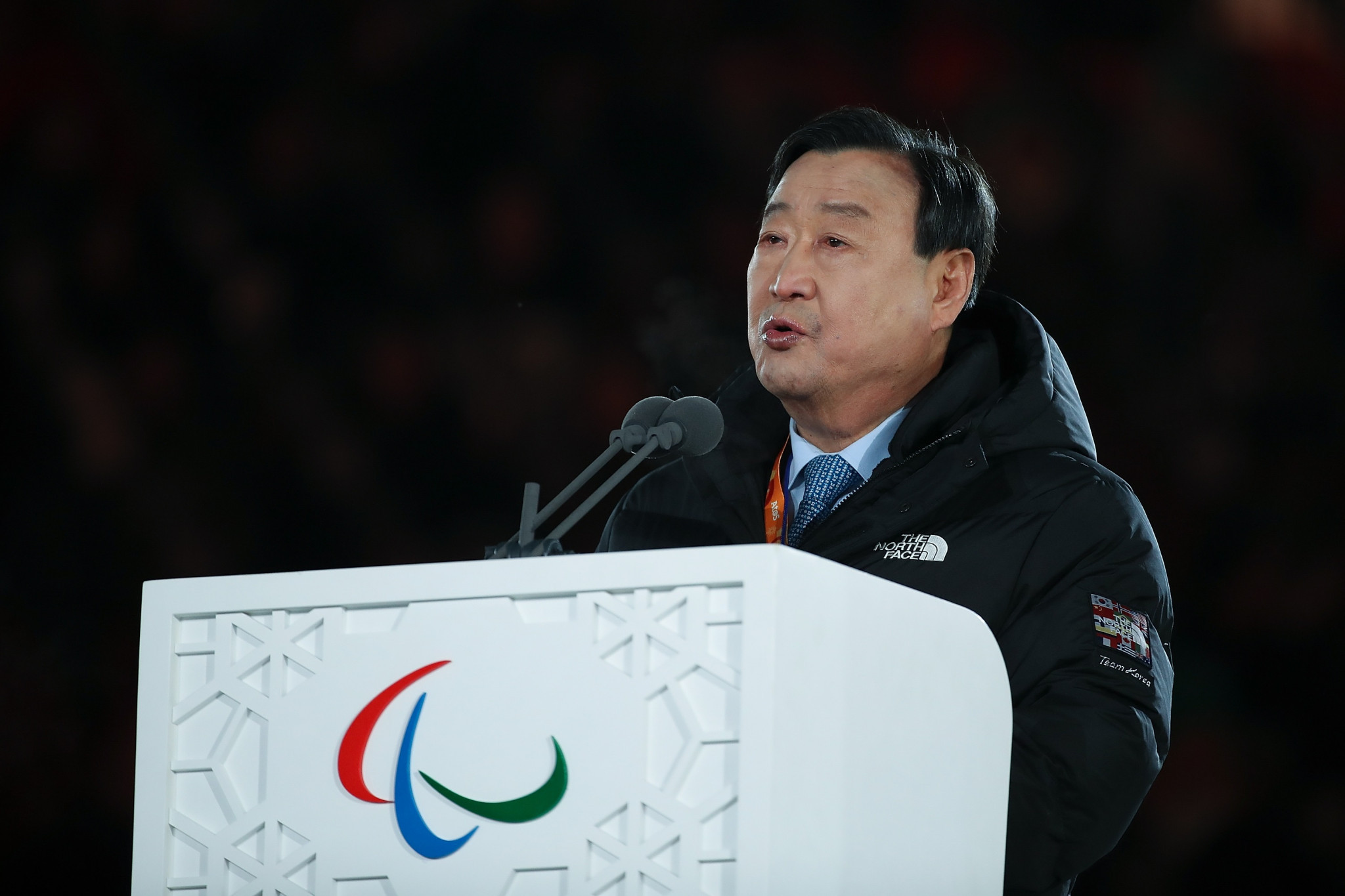 Pyeongchang 2018 President Lee Hee-beom is one of six South Koreans to have been awarded the Paralympic Order, the highest honour a person connected with the Paralympic Movement can receive, in recognition of their support and work before and during the Winter Paralympics.

International Paralympic Committee (IPC) President Andrew Parsons presented the awards to the half dozen recipients, all considered central to the delivery of the Games, at a ceremony held in Pyeongchang.

Lee was recognised for delivering a "record-breaking" Winter Paralympics, setting new marks in all areas.

Among the other recipients was Gangwon Province Governor Choi Moon-soon, for his commitment to hosting the Games in the region, and Yeo Hyungkoo, the executive vice-president of Games operations and secretary general at Pyeongchang 2018, whose leadership was said to be fundamental to the successful delivery of the event.

Despite joining the Organising Committee late on, Kim Jooho is described as being a key figure in generating a record number of ticket sales and promoting the Winter Paralympics in South Korea.

Kim Jaeyoul supported the delivery of the test events and was the central contact for all international relations.

As well as spending time, effort and energy on the preparations of the Games within Pyeongchang 2018, it is claimed Kim Kihong also fostered strong co-operation with the Government and related ministries.

It attracted a record 567 athletes from 49 delegations - more than any previous edition - competing in 80 medal events across six sports.

Covering the action were 629 accredited media, 15 per cent more than at Sochi 2014, and 47 broadcast rights holders who screened television pictures to more than 100 countries.

Nearly 343,000 tickets were sold for Pyeongchang 2018, smashing the previous Winter Paralympics record of 316,200 sales set at Sochi 2014, although organisers admitted on Thursday (March 15) that more than 25 per cent of holders had failed to turn up for events.

Of the 49 competing delegations, 26 won a medal, beating the record set at the Lillehammer 1994 Games.

"Every key metric we have to measure the success of a Games has been obliterated and that is thanks to you President Lee, the Pyeongchang 2018 Organising Committee, and your many more supporters."

He was presented with the honour by Parsons at Casa Italia.

Among the previous recipients of the Paralympic Order are Jacques Rogge and Sir Philip Craven, former Presidents of the International Olympic Committee and IPC respectively.

Others include Britain’s two-time Olympic 1,500 metres champion Sebastian Coe, who is now the President of the International Association of Athletics Federations, and Whang Youn Dai, a leading advocate for persons with disabilities for more than 50 years.