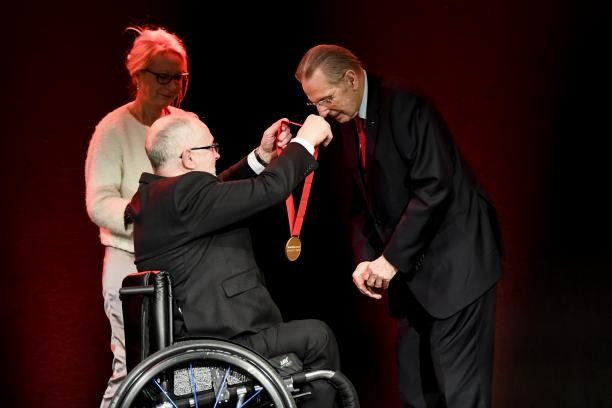 The Belgian received the honour - the highest tribute awarded by the Paralympic Movement - at the Belgian Paralympic Committee’s Gala in Brussels.

He now holds the title of IOC Honorary President.

Craven said he first met the 74-year-old at a hospital in Stoke Mandeville in England, which is considered the birthplace of the Paralympic Movement.

The Belgian was working as an orthopaedic surgeon and was credited by Craven with saving the IPC from financial ruin by providing IOC support.

"Under Jacques' leadership, the relationship between the IOC and IPC grew even stronger," said Craven.

"His commitment showed that the Olympic Movement is universal and highlighted the importance that the Paralympic Games have in promoting sport to the youth of the world - one of the fundamental principles of Olympism.

"Together in our roles as IOC and IPC Presidents we signed a number of partnership agreements which, not only provided significant stability to the IPC and Paralympic Movement, but provided us with a solid foundation from which to grow.

"It is certain to say that without Jacques and the IOC’s support the Paralympic Games would not have grown into the sporting spectacle that it is today.

"He saved the IPC from financial disaster and, throughout his IOC Presidency, provided assistance to make us a far better and stronger organisation.

"The Paralympic Movement will forever be grateful to the support of Jacques Rogge."

The Paralympic Order was first awarded in 1994 with Juan Antonio Samaranch, another former IOC President, among the recipients.

"I am very honoured, I do not know if I deserve this award but it is very nice," said Rogge.

"With Sir Philip Craven, we have always worked in a spirit of bilateral collaboration.

"I wish the best to the Paralympic Movement, that it evolves towards more recognition and visibility because it deserves it."