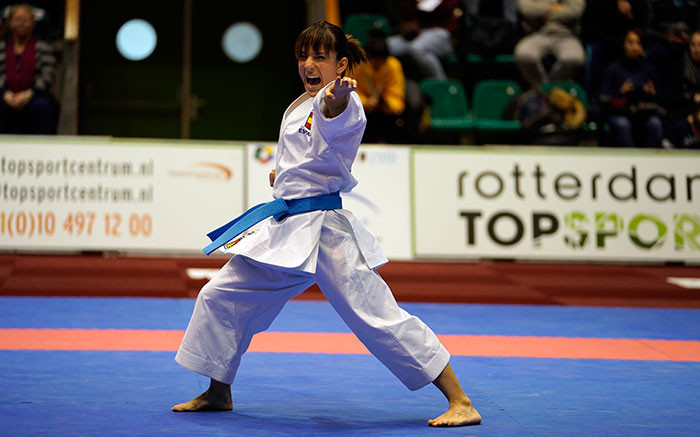 The European champion eased through to the final two days ago at Topsportcentrum Rotterdam, with Japan's Emiri Iwamoto set to provide the opposition.

Sanchez proved too good for her rival today, claiming a 4-1 victory.

Iwamoto’s defeat was only be a temporary setback for the Japanese squad, with Issei Shimbaba beating Antonio Diaz of Venezuela 4-1 in the men’s kata final.

There were two further victories for Japanese karatekas.

Then world champion Ayumi Uekusa edged Hamideh Abbasali of Iran in the women’s over 68kg division.

"Although I think this was not my best tournament, I am happy that I could get the gold medal," said Uekusa.

"I will try harder in the next events.

"My goal this season is to win gold in every tournament, especially in the Karate 1-Premier League and in the World Championships."

The 20-year-old claimed a 2-0 win over compatriot Aykut Kaya to add to his recent Premier League success in Dubai.

The Premier League season is due continue in Rabat from April 6 to 8.