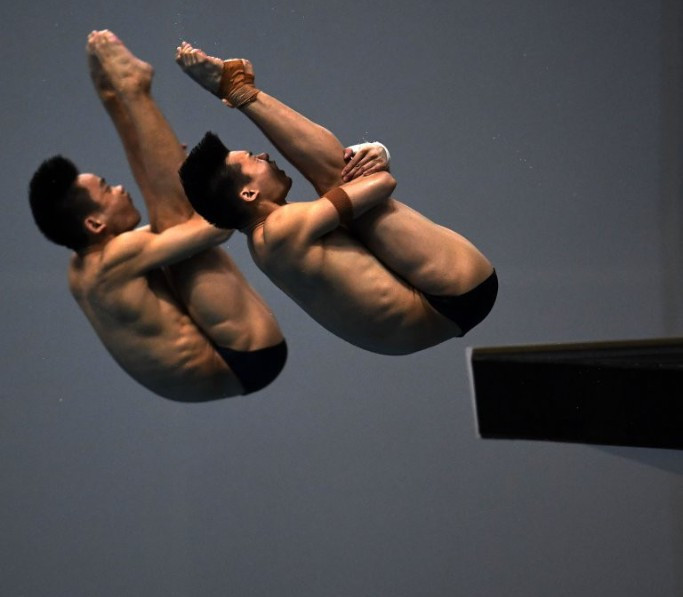 Having secured all 10 titles on offer at the series opener in Beijing, Chinese divers were seeking to maintain their domination at the Shizuoka Prefectural Fuji Swimming Pool.

Zhang Jiaqi and Zhang Minjie ensured their team got off to an ideal start, as the duo added to their women’s synchronised platform title from last week.

The duo managed a score of 335.70 to win the event, having lead from start to finish.

They were followed by Kim Mi Rae and Kim Kuk Hyang, with the North Koreans scoring 311.58.

Malaysia’s Pandelela Pamg and Jun Hoong Cheong rounded off the podium on 310.32.

Viktor Minibaev and Aleksandr Bondar of Russia won silver on 418.02, with Ukraine’s Oleksandr Gorshkovozov and Maksym Dolgov winning bronze by managing a tally of 410.46.

The Chinese divers scored 319.80 to win gold, with Georgia Sheehan and Esther Qin of Australia some way back in second on 294.60.

Melissa Beaulieu and Jennifer Abel of Canada managed 287.43 for bronze.

Cao Yuan and Xie Siyi completed China’s domination on the opening day, as they won the men’s event with 433.02 points.

Evgenii Kuznetsov and Ilia Zakharov of Russia collected silver with a score of 412.71.