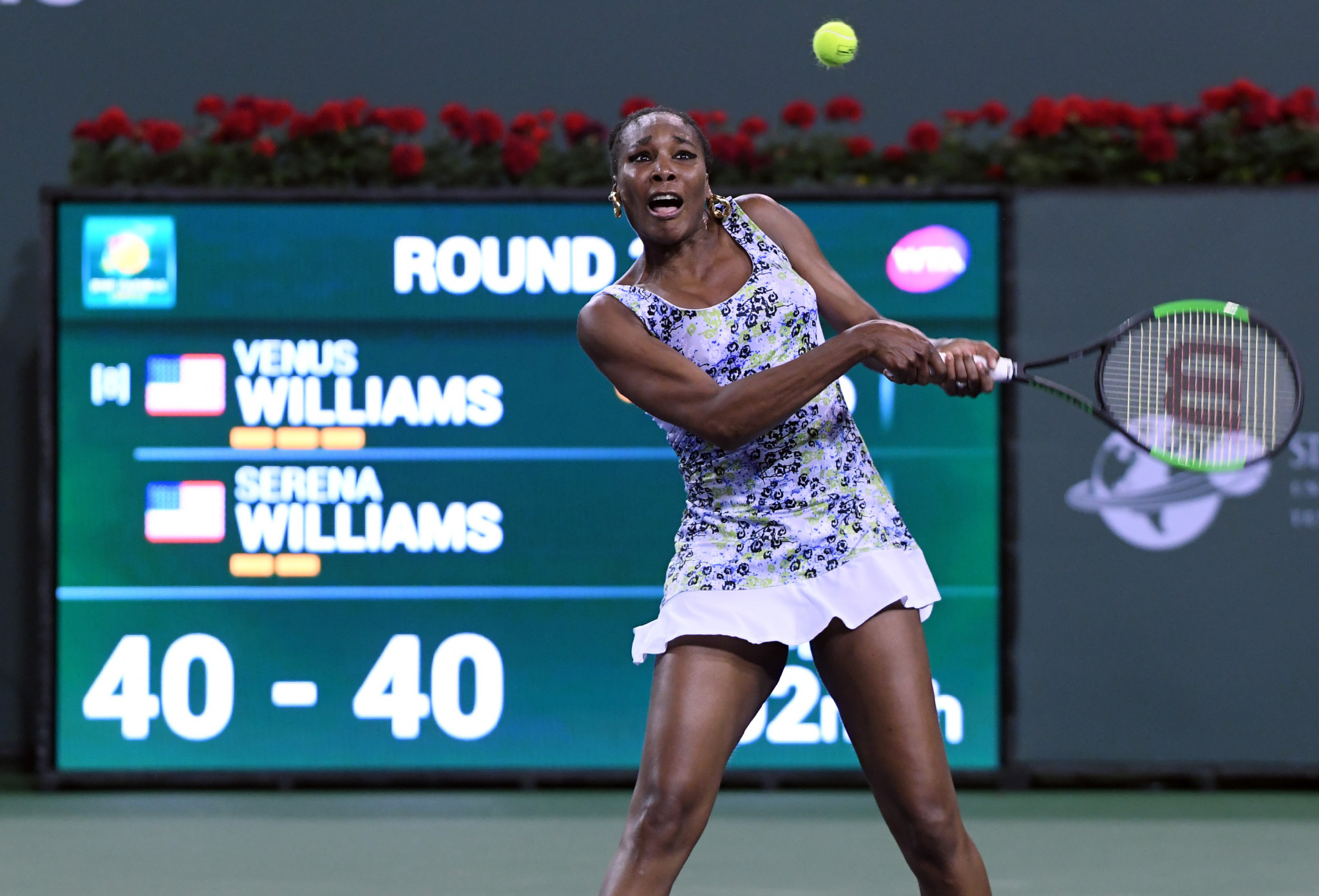 Venus Williams overcame sister Serena to book their place in the last 16 of the Indian Wells Masters in California.

The Americans meeting was another tough test for Serena, playing her first tournament for 14 months following the birth of her child.

A crowd of nearly 10,000 were at the Indian Wells Tennis Garden to watch the clash, as Serena Williams’ comeback suffered a setback in this Women's Tennis Association Premier Mandatory tournament.

She was beaten by her sister for only the second time in 10 matches, Venus emerging as a 6-3, 6-4 winner.

The match came 17 years after their previously scheduled tie at the tournament, where Venus’ withdrawal saw Serena advance to the final.

After Serena was booed on her was to victory in the 2011 final, the two Americans boycotted the event.

Venus is now set to meet Latvia’s Anastasija Sevastova in the last 16 after she beat Julia Goerges of Germany 6-3, 6-3.

Wozniacki’s reward is a tie against Russia’s Daria Kasatkina, a 6-4, 6-3 winner against the United States’ Sloane Stephens.

The world number one is now due to take on Jérémy Chardy, who beat fellow Frenchman Adrian Mannarino 7-5, 4-6, 6-1.

Uruguay’s Pablo Cuevas came through his match against fifth seed Dominic Theim, the Austrian retiring with the match score at 3-6, 6-4, 4-2 in his opponent’s favour.