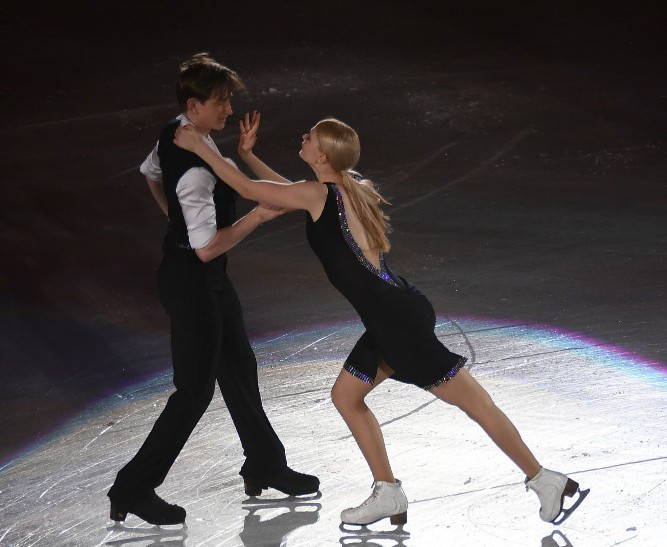 Earlier in the day at the Arena Armeec, Russia’s Alexandra Trusova had secured a narrow lead over team-mate Alena Kostornaia in the Junior ladies short programme, with Mako Yamashta of Japan ranked third ahead of the concluding free programme.

Skoptcova and Aleshin, winners of this year's ISU Junior Grand Prix Final in Nagoya, built on their halfway lead in the event following the short dance segment.

They record a total in the concluding free dance of 88.71 points to finish clear of silver medallists Christina Carreira and Anthony Ponomarkenko, representing the United States, who totalled 86.83.

The bronze medal went to Russia’s Arina Ushakova and Maxim Nekrasov, who scored 85.59 points, with compatriots Sofia Shevchenko and Igor Eremenko missing out on the podium after totalling 84.90.

Earlier, Trusova had nailed a triple flip-triple loop combination, triple Lutz and a double Axel in her routine to Big Spender and Jumpin’ Jack Flash.

The ISU Junior Grand Prix Final champion collected a level four for her spins and a level three for the footwork to score 72.03 points.

"I am happy with my performance, but there is still room to grow, to improve the steps, spins and [ensure] that all jumps get a plus," 13-year-old Trusova said.

"I have two quads [Salchow and toeloop] in my free skating and I want to land them and skate clean."

"I am pleased overall with my programme, but there is always something to improve. In my free skating I want to skate clean and I want the judges and the audience to enjoy it," Kostornaia said.

"I really enjoyed skating today. In the free skating I’d like to enjoy skating like I did today," she said.

Her compatriot Rika Kihira is fourth with 63.74 points after falling on the back end of her triple flip-triple toe combination.

Eunsoo Lim of South Korea is fifth on 62.96 points, one place ahead of Russia’s Stanislava Konstantinova, who has 62.63.