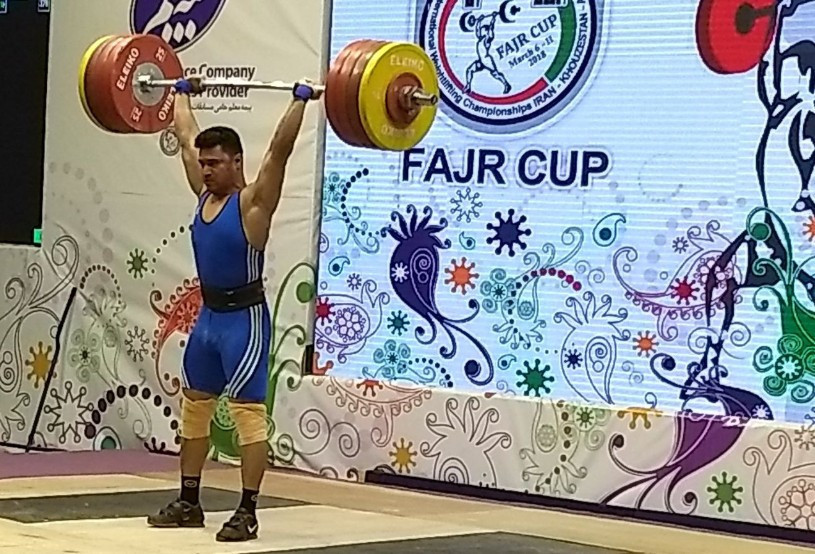 Iran had senior and junior World Championship medallists on the podium in the 94 kilograms, one of three events they won on day two of the Fajr Cup here.

But if anybody deserved a gold medal it was the man who finished a long way back in third place, Hasan Ali from Yemen.

Hasan spent about two days on buses, four days waiting for a transit visa in a remote border town, and more than 24 hours waiting at airports during a journey that took seven whole days.

"No good sleep, no good food, bad roads, stress, no training. I am very happy to win a medal after that."

He started from Aden, travelled hundreds of miles by bus, and was then holed up with the rest of the Yemen team waiting for a transit visa to the airport across the border in Oman.

When the visas, which should have been a formality,t finally arrived the team flew to Doha, had 16 hours in transit, then flew to Tehran for another long wait before the final leg here.

The journey, about the same as London to Moscow, would have taken four hours by direct flight, but there are no direct flights out of Yemen while it is under attack from Saudi Arabia.

"Hasan is a good lifter but what chance does he have?" Abdullah Al-Jarmal, President of the Yemen Weightlifting Federation, who sits on the International Weightlifting (IWF) Federation Technical Committee, said.

"He hasn’t trained properly for four years because of war, and because he couldn’t train for a week before this competition his weight increased and he had to move up from 85 to 94."

That may have been a blessing in disguise, though, as other weight classes had more competitors and by ending up in a field of three Hasan was guaranteed a medal.

He will now head for Tehran for a training camp with the Iran team before flying to Bahrain for the West Asian Championships, due to start next Thursday (March 15).

Hasan made six good lifts but his total of 195kg was less than his two Iranian rivals made in the clean and jerk.

Mousavi made five good lifts for a total of 380kg, beating 20-year-old Rahman Ourameh, the Asian junior champion and third-place finisher in the 2017 IWF Junior World Championships, who lifted 368kg.

Iran’s other winners were Mohammad Alipour in the 77kg, with a total of 305kg, and Ali Makvandi, whose 347kg put him way ahead of his rivals in the 85kg.

Georgia’s Goga Chkheidze won the 69kg by a huge margin on 300kg.