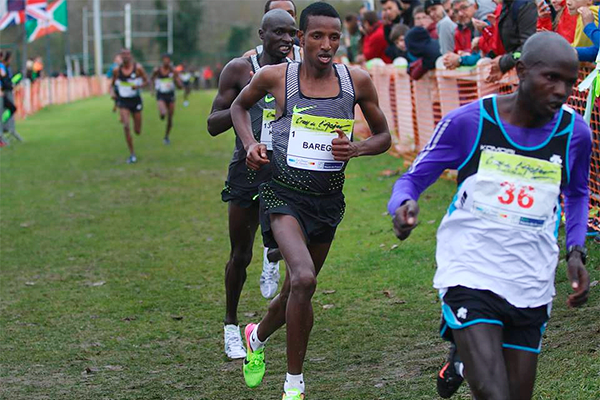 Selemon Barega, the latest Ethiopian running sensation who turned 18 today, will seek to maintain his unbeaten run this winter in the International Association of Athletics Federations (IAAF) Cross Country Permit race in Santiponce on the outskirts of the Spanish city of Seville tomorrow.

But Barega – who added the World Under-18 3,000m title last year to the World Under-20 5,000m gold he won in 2016 – will need to be on his top form to resist two rising stars from another African country in the form of Ugandans Jacob Kiplimo and Joshua Cheptegei.

Kiplimo finished runner-up to the Ethiopian at the two previous Permit races in Venta de Baños and Elgoibar.

Cheptegei, a year older than Barega, appeared destined for the gold medal at the IAAF World Cross Country Championships in Kampala last year  before fatigue set in during the closing stages and he faded to 30th place.

Cheptegei has shown fine form this winter, winning over 10 kilometres in Durban in 27:29 and at 15km in Nijmegen in 41:16, just three seconds outside the world record for the distance.

Kenya’s Leonard Komon, the holder of the world 10km and 15km records, will also be racing after a disappointing 15th-place finish in Elgoibar.

He will be joined by fellow Kenyan Conseslus Kipruto, although the world and Olympic steeplechase champion seemed to be far from his best fitness in Elgoibar.

Jebet will face tough opposition from the Kenyan pair of Agnes Tirop, the 2015 world cross country champion, and Llian Rengeruk.

But her biggest test may come from another Kenyan, world 5,000m champion Hellen Obiri.