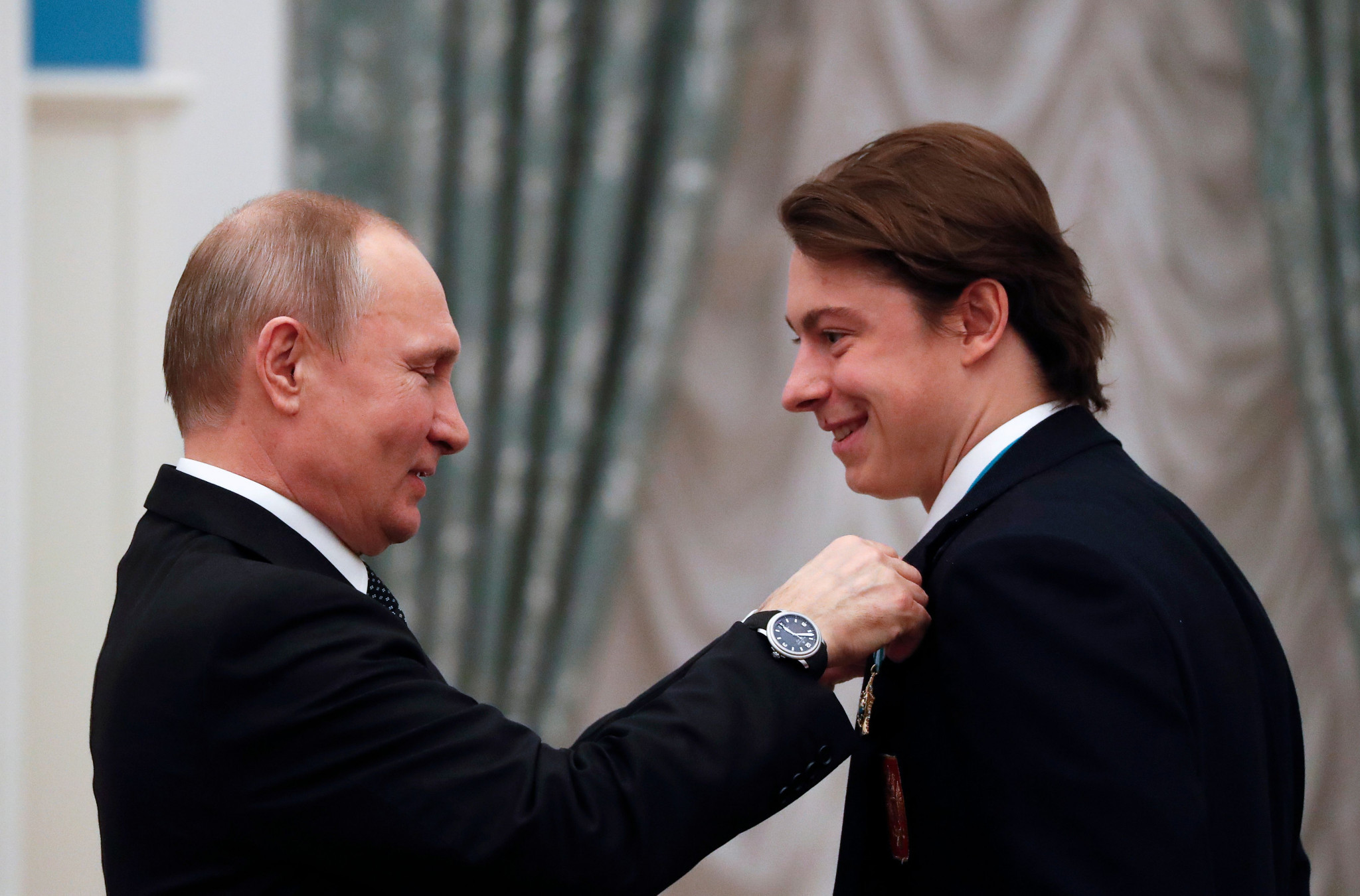 Russian President Vladimir Putin has thanked ice hockey players for singing the Russian national anthem after they claimed gold in the men's competition at the Pyeongchang 2018 Winter Olympics.

The neutral Olympic Athletes from Russia (OAR) side earned a 4-3 overtime victory against Germany in the gold medal match on Sunday (February 25).

Their players sang the Russian national anthem after collecting their gold medals, despite this being banned.

Russian flags and symbols, as well as the national anthem, were forbidden by the International Olympic Committee (IOC) under the terms of the nation's neutral participation in Pyeongchang.

The IOC ordered Russia to compete in South Korea under the OAR banner due to the manipulation of the doping scheme which was uncovered at their home Sochi 2014 Games.

Putin praised the players for singing the national anthem anyway at an event at the Kremlin, which featured Russian medal winners from the Winter Olympics.

"We heard our ice hockey players sing the anthem," he said, according to the Russian news agency TASS.

"Thank you for your appreciation of your homeland and your caring attitude to what you've been doing your whole life.

"Millions of people celebrate your victories in the same way you do.

"Other athletes said we had been stripped of many things before the Olympics.

"It's true that someone can take away absolutely anything except character.

"You proved it once again with your performance.

"What you did was vivid and beautiful, and watching your competitions filled us with pride."

No sanctions were enforced for the breach of the OAR team conditions, with the ice hockey final coming just hours after the IOC confirmed the neutral team were not allowed to march under their own flag at the Closing Ceremony.

This decision followed two positive drug tests by members of the delegation.

It came after confirmation that remaining tests from OAR athletes at the Games had come back negative.

The decision means the ROC now have their full membership rights restored.

All OAR medallists in Pyeongchang were given new BMWs by Russian Prime Minister Dmitry Medvedev.