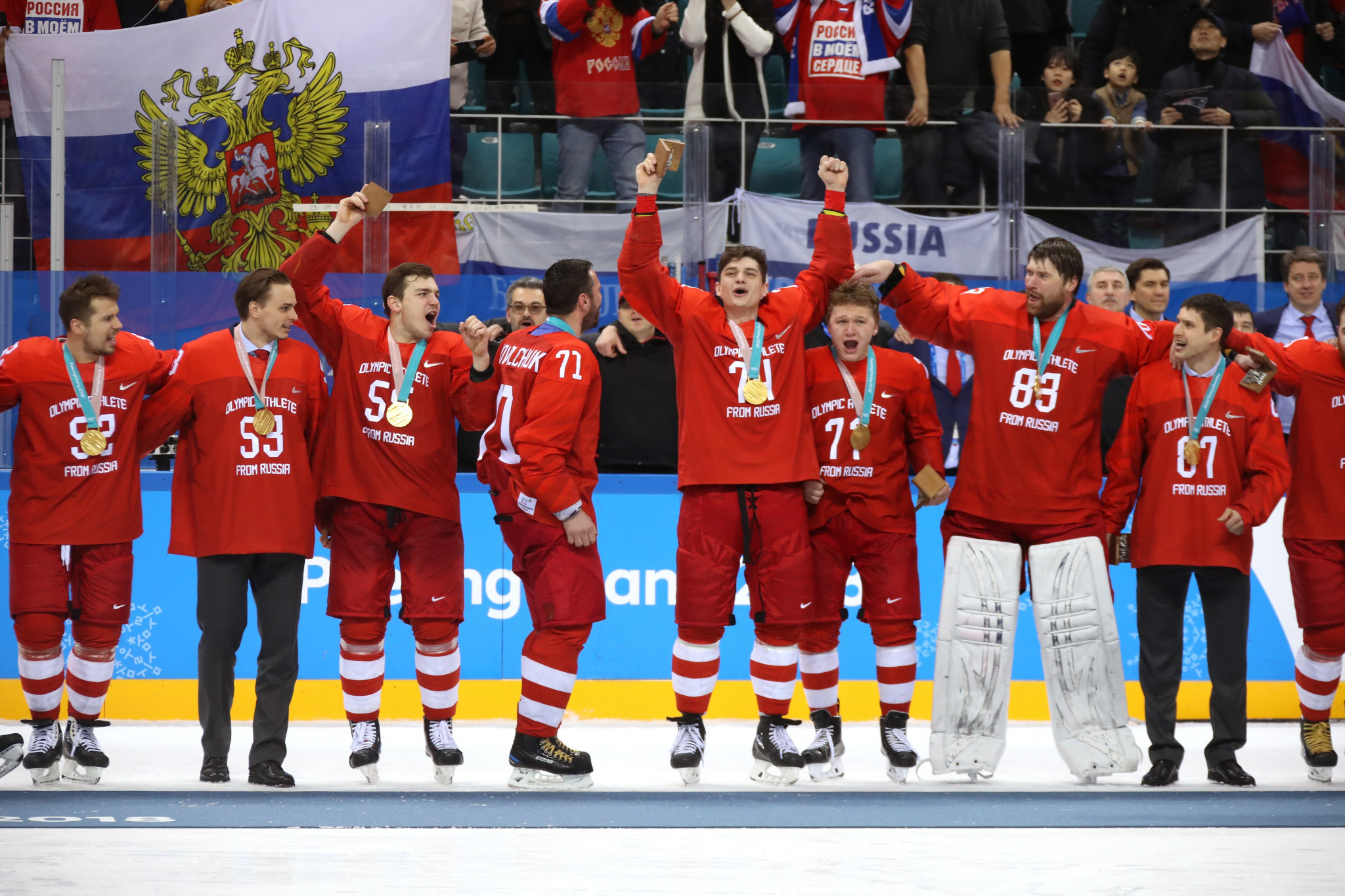 Russian President Vladimir Putin has congratulated the Olympic Athletes from Russia (OAR) men's ice hockey team after they secured Olympic gold with a 4-3 overtime win against Germany at Pyeongchang 2018.

As reported by Russia's official state news agency TASS, the head coach of the OAR ice hockey team Oleg Znarok said that Putin had called him to offer his congratulations.

"After the match, Vladimir Vladimirovich [Putin], [Prime Minister Dmitry] Medvedev and [head of the Russian Olympic Committee Alexander] Zhukov called me up," he said.

"It was very pleasant.

"They conveyed their congratulations."

Znarok went on to add that the Olympic title win yesterday was the most important match of his life.

Our hockey players singing the Russian national anthem, no matter what crappy music is playing on the background pic.twitter.com/LcUU6RZLft

The game at the Gangneung Hockey Centre was the first time a Russian team had appeared in an Olympic ice hockey final since 1998, when they lost 1-0 to Czech Republic in Nagano in Japan.

There was, however, controversy following the OAR's win as the victorious players sung the Russian National Anthem, despite this being banned by the International Olympic Committee (IOC) under the terms of the nation's neutral participation in Pyeongchang.

The IOC ordered Russia to compete in South Korea under the OAR banner due to the manipulation of the doping scheme which was uncovered at their home Sochi 2014 Games.

As a result, the Russian flag and any national symbols were banned.

The IOC are on the verge of reinstating the Russian Olympic Committee (ROC) following the state-sponsored doping scandal which has rocked Russian sport in recent years.

However, the OAR team were not allowed to march under their own flag at yesterday's Closing Ceremony.