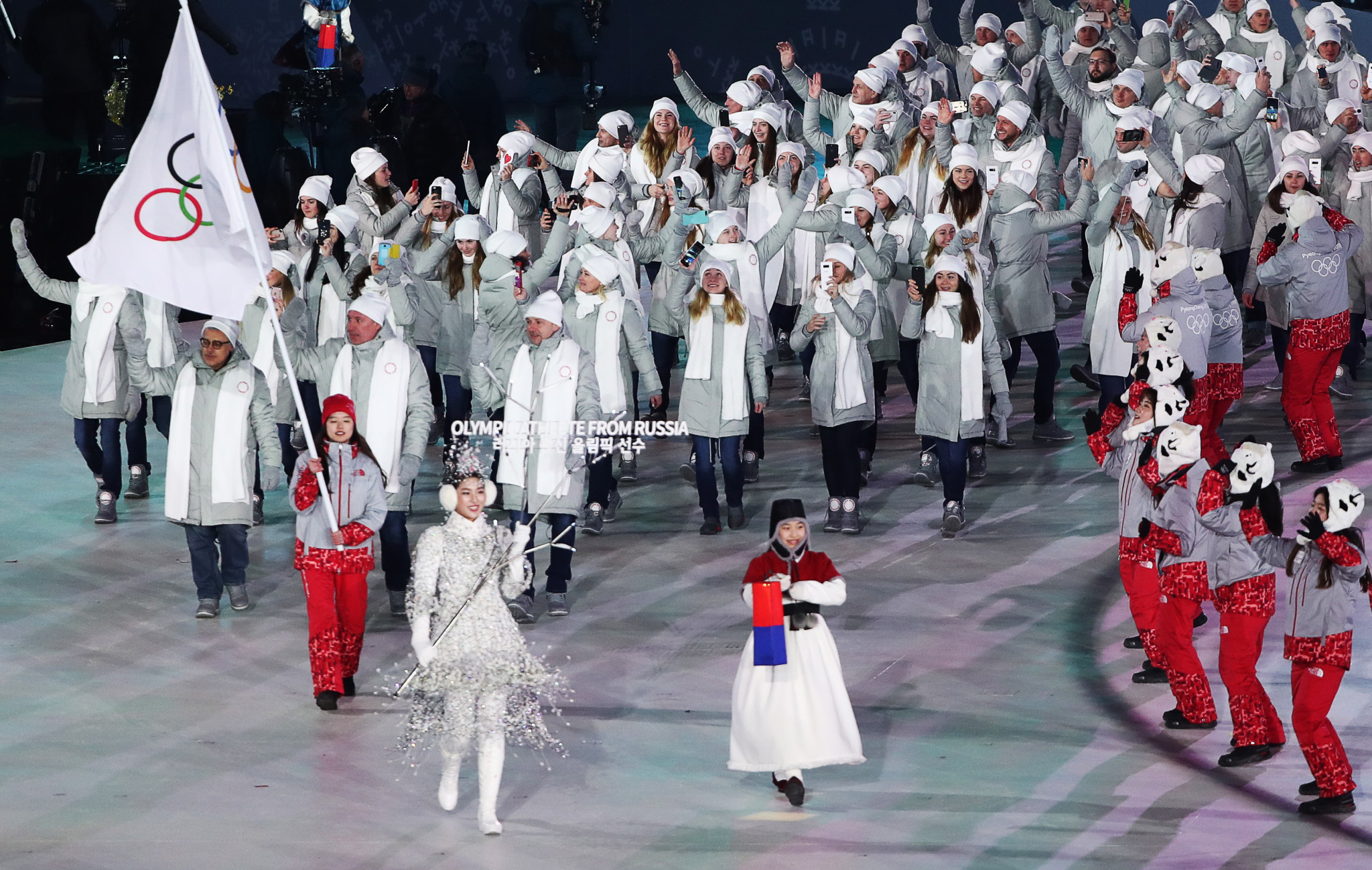 A meeting on whether Russia will be allowed to take part in the Closing Ceremony of the Winter Olympic Games here tomorrow broke up tonight without a decision.

The International Olympic Committee (IOC) Executive Board, led by President Thomas Bach, are due to meet again tomorrow at 8am to continue discussions.

A meeting to discuss whether to lift the suspension on Russia and allow them to take part in the Closing Ceremony at the Pyeongchang Olympic Stadium had been scheduled to last two hours but lasted nearly as twice as long as that.

It is not clear why the delay took place or where precisely the disagreement lay.

"The IOC Executive Board today heard the report of the Olympic Athlete from Russia Implementation Group," a statement afterwards said.

"Members discussed the report which was presented by the chair of the Olympic Athletes from Russia Implementation Group, Nicole Hoevertsz.

"The IOC will continue its deliberations tomorrow.

Tomorrow's meeting is scheduled to last only an hour because the full IOC membership is due to resume the 132nd Session at 9am where any decision on Russia's participation at the Closing Ceremony is expected to be rubber-stamped.

The statement released after today's IOC Executive Board meeting did not mention that there was also a presentation from Stanislav Pozdnyakov, head of the Olympic Athletes from Russia delegation, and figure skating silver medallist Evgenia Medvedeva.

They pleaded with the IOC Executive Board to lift the ban on the Russian Olympic Committee imposed in December after the country was found guilty of the "systematic manipulation" of doping samples at Sochi 2014.

"We spent about 10 minutes at this session," said Pozdnyakov.

"Evegenia and I were given a chance to speak and tell the Executive Board members about what we had achieved.

"Most importantly, we firmly believe we have fully complied with the terms and conditions.

"We feel we made a sufficient case to the Executive Board.

"President Bach greeted us warmly and started his speech by congratulating Evgenia.

"In my presentation, I told the Executive Board that our anti-doping system has been restructured, a lot has been done and a lot more will have to be done."

Pozdnyakov admitted the positive doping cases involving OAR curler Aleksandr Krushelnitckii, who was forced to return the bronze medal he won in the mixed doubles, and bobsledder Nadezhda Sergeeva had not helped Russia's cause.

"I apologised to all athletes and members of ours and other delegations for these ADRVs (anti-doping rule violations)," he said.

"We are fully cognisant are not systemic in nature as you surely understand – we hope the IOC understand that.

"This is more to do with negligence rather than intent.

"Obviously I emphasised and reiterated that many our of athletes won medals at these Olympic Games but still we believe the best award for us would be to have our national flag returned and our Olympic Committee readmitted."