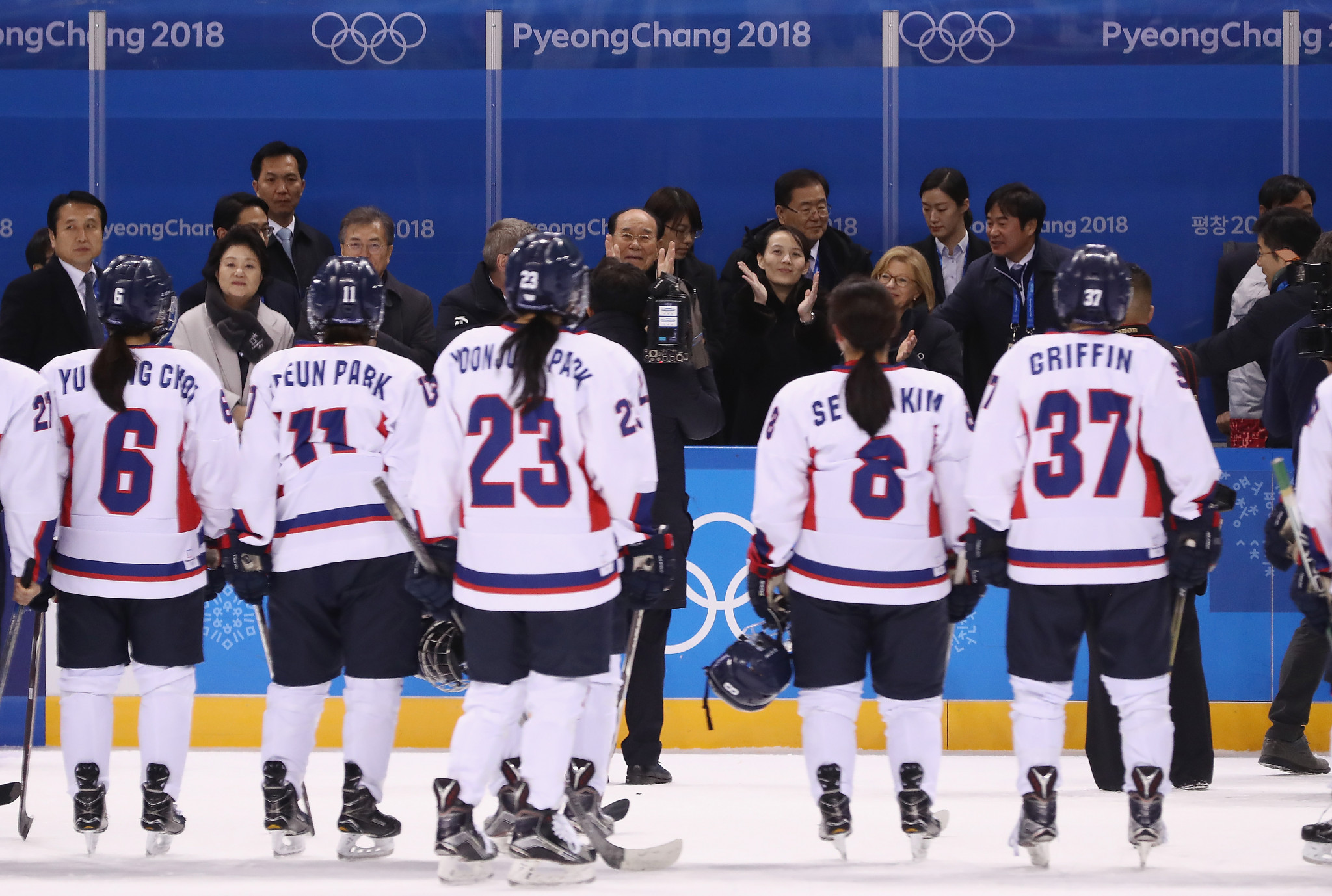 A film depicting the unified Korean women's ice hockey team which competed here at Pyeongchang 2018 will be produced by the Olympic Channel in the coming weeks, general manager Mark Parkman has revealed.

Parkman claimed during the Winter Olympic Games that they were "hopeful" they would be able to tell the story of the historic team featuring players from both North and South Korea, in a programme on the Channel.

The joint squad included 23 athletes from the South and 12 from the North and was hailed as a symbol of peace amid ongoing tension on the Korean Peninsula.

They competed under the name "Korea", with the unification flag displayed.

The team lost 8-0 in their opening two matches against Switzerland and Sweden before scoring their first goal in a 4-1 reverse to Japan.

Korea were then beaten 6-1 by Sweden in the seventh and eighth-place playoff.

"We have been documenting some of that story," Parkman said.

"We're still in the stage what we'll be able to do with it.

"But we're hoping that we can put something together.

"We are hoping to have something done in the coming weeks."

The American revealed that giants Intel and Swiss luxury watch manufacturers were both in discussions with the Channel.

Intel became a member of The Olympic Partner (TOP) sponsorship scheme in last year, while Omega joined in 2004.

It would represent a significant financial boost for the Channel should the deals be signed with the two global companies.

The Olympic Channel already has agreements in place with TOP sponsors Bridgestone, Toyota and Alibaba, all of whom are founding partners.

Asked whether they would liked to have more at this stage, Parkman insisted they were "happy with where we are".

"We are meeting our projections and are progressing the way we want," the American said.

"But we still have a hill to climb to get to where we want to go."

The Channel, which has a budget of $450 million (£322 million/€365 million) for a seven-year period, has received 1.3 billion views across its various platforms since it was launched on the day of the Closing Ceremony at the 2016 Summer Olympic Games in Rio de Janeiro, Parkman claimed.