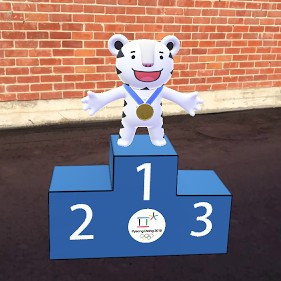 The Olympic Channel announced today that they are set to work with Snap Inc.,  the producers of Snapchat, to help reach a younger audience.

Snapchat will also produce an "Our Stories" feature containing archival footage provided by the Olympic Channel.

Today saw the premiere of the new Olympic Channel original series Far From Home on Snapchat’s "Discover" page, broadcast exclusively for Snapchat in English and Spanish.

The multi-part series features unlikely Olympic hopefuls who face financial, political and cultural hurdles as they attempt to qualify for Pyeongchang 2018

The Olympic Channel will also work with Snapchat to provide Olympic-themed filters and stickers, including one featuring Soohorang, the official mascot for Pyeongchang 2018.

Mark Parkman, general manager of the International Olympic Channel, said: "As the Olympic Channel continues to evolve, we are dedicated to creating more personalised experiences for our viewers as we continue to expand our global footprint.

"We’re excited to begin this new collaboration with Snapchat which will allow us to capitalise on its unique distribution platform and creative tools through bespoke, youth-oriented content that reaches our common target audiences."

Snap’s vice president of partnerships Ben Schwerin added: "We could not be more excited to collaborate with the Olympic Channel to bring exclusive content from one of the most well-known brands in all of sports to Snapchatters worldwide.

"Alongside the Olympic Channel, we hope to inspire our community with the spirit of the Olympic Moment this February and well into the future."

Snapchat has already signed deals with Eurosport and NBC for Pyeongchang 2018.

Future plans for the Olympic Channel and Snapchat include features for this year's 2018 Summer Youth Olympic Games in Buenos Aires.