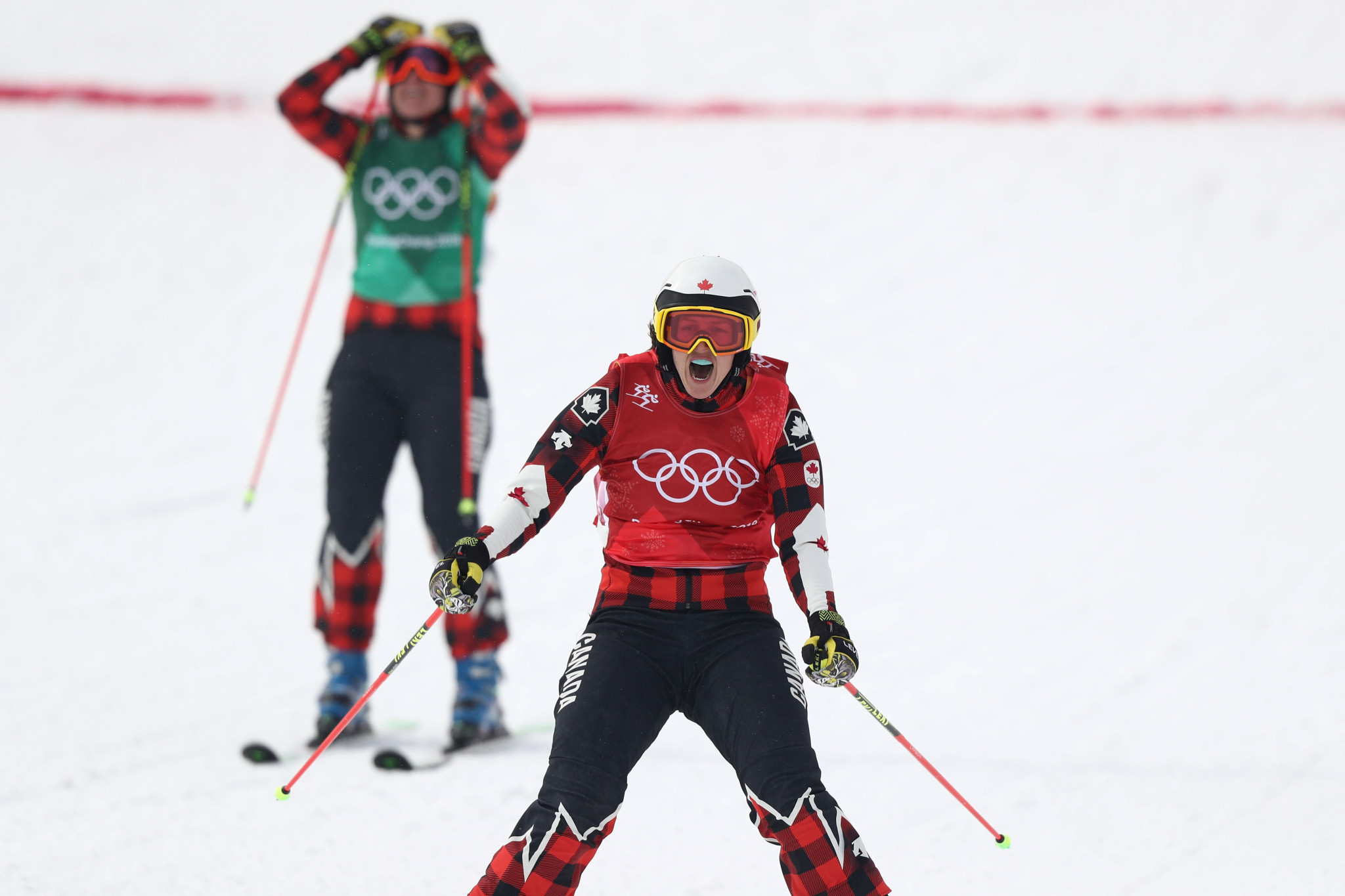 Kelsey Serwa led a Canadian one-two finish in the Pyeongchang 2018 women’s ski cross event to upgrade from the Olympic silver medal she won at Sochi 2014.

The 28-year-old moved clear after a close start to beat compatriot Brittany Phelan to victory in the big final at Phoenix Park.

A Canadian athlete has won the women’s event ever since its Olympic debut at Vancouver 2010 when Ashleigh McIvor triumphed.

Sochi 2014 gold medallist Marielle Thompson, who made a remarkable comeback from a devastating knee injury suffered in October to compete here, saw her title defence end within 10 seconds of her first-round heat after crashing out.

Her fall allowed Sweden’s Lisa Andersson and Switzerland’s Talina Gantenbein to qualify for the quarter-finals and blow the competition wide open.

The day, though, ultimately belonged to Serwa as she went one better than her silver medal-winning performance four years ago.

"It is very surreal to be the best in the world at something you put your heart into.

"I have an amazing support team around me who, from my head to my body, made sure everything was good.

"Our skis were rockets today.

"I had a plan and executed it, and was so fired up.

"And to be there with my team-mate and best friend Britt is unbelievable."

Phelan profited from some pushing between Naeslund and Smith to secure the silver medal.

Naeslund claimed she would have finished in the runners-up spot if Smith had not pushed her.

Smith responded by saying: "I would have been in the first place if she had not pushed me.

"I am sorry for her.

"It's ski cross at the end.

"We are not doing Alpine [skiing]."

Austria’s Andrea Limbacher, the 2015 world champion, was eliminated at the quarter-final stage after failing to finish her heat.

Canada have now equalled their record number of Olympic medals won at a single Winter Games.

The country now has 26, matching its haul set at Vancouver 2010.

This was the last freestyle skiing event at Pyeongchang 2018 and Canada equalled their best return of four gold medals in the sport, delivered at Sochi 2014.