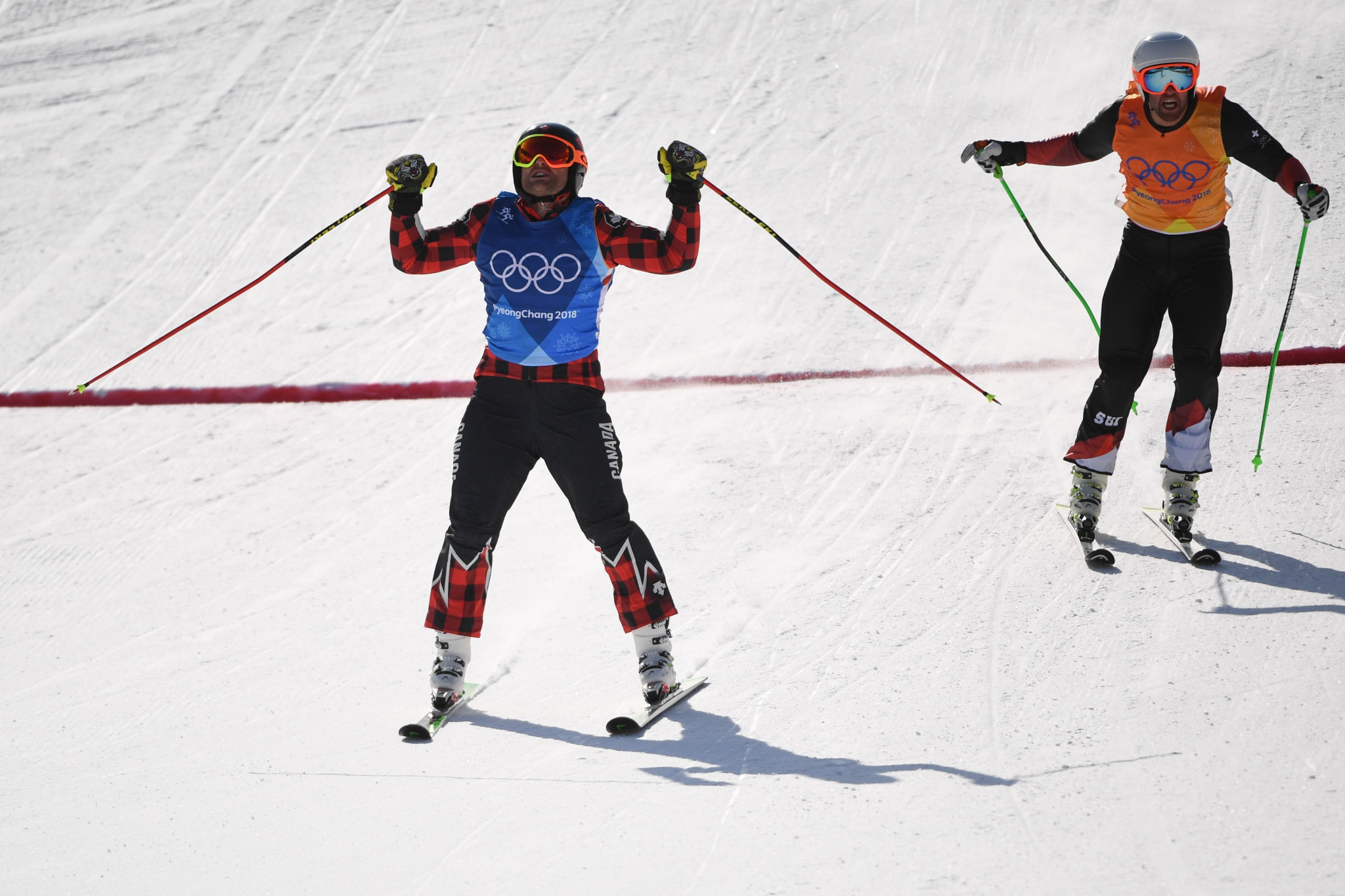 The 31-year-old held off the challenge of Switzerland's Marc Bischofberger to record his first Olympic podium finish.

The drama came behind the leading pair as Canadian Kevin Drury and Sergey Ridzik of the Olympic Athletes from Russia team crashed early on in another demonstration of the chaotic nature of the ski cross discipline.

Ridzik then picked himself up off the floor and skied the rest of the course to take bronze, while Drury was unable to finish.

Leman, Winter X Games gold medallist in the event in 2016, had suffered a similar fate on his last Olympic outing in Sochi four years ago as he crashed out of the big final.

His campaign at Vancouver 2010 was over before it started after he broke his leg on the eve of the competition.

The heats of the event also proved to be crash-ridden, with Canadian Christopher Delbosco and France's Terence Tchiknavorian both suffering serious injuries.

Delbosco sustained a broken pelvis, while Tchiknavorian was taken to hospital with a suspected fractured shin.

Defending champion Jean-Frédéric Chapuis, who led a French podium sweep at Sochi 2014, failed to progress any further than the quarter-finals.

Ridzik became the 12th medallist for the OAR but the neutral team are still waiting for their first gold.

"This blows the other two Games out of the water," said Leman.

"The other two were in a sense always disappointing.

"I broke my leg the day before competition in Vancouver and then just missing the podium in Sochi was kind of bittersweet.

"Fourth at the Games is a big accomplishment, but at the same time you're the first guy who doesn't get a medal.

"So it's a tough one to swallow, but I've had such a great experience regardless of results at all my Games.

"This one I really tried to enjoy a little more and be part of the Olympic experience and I used that on race day."