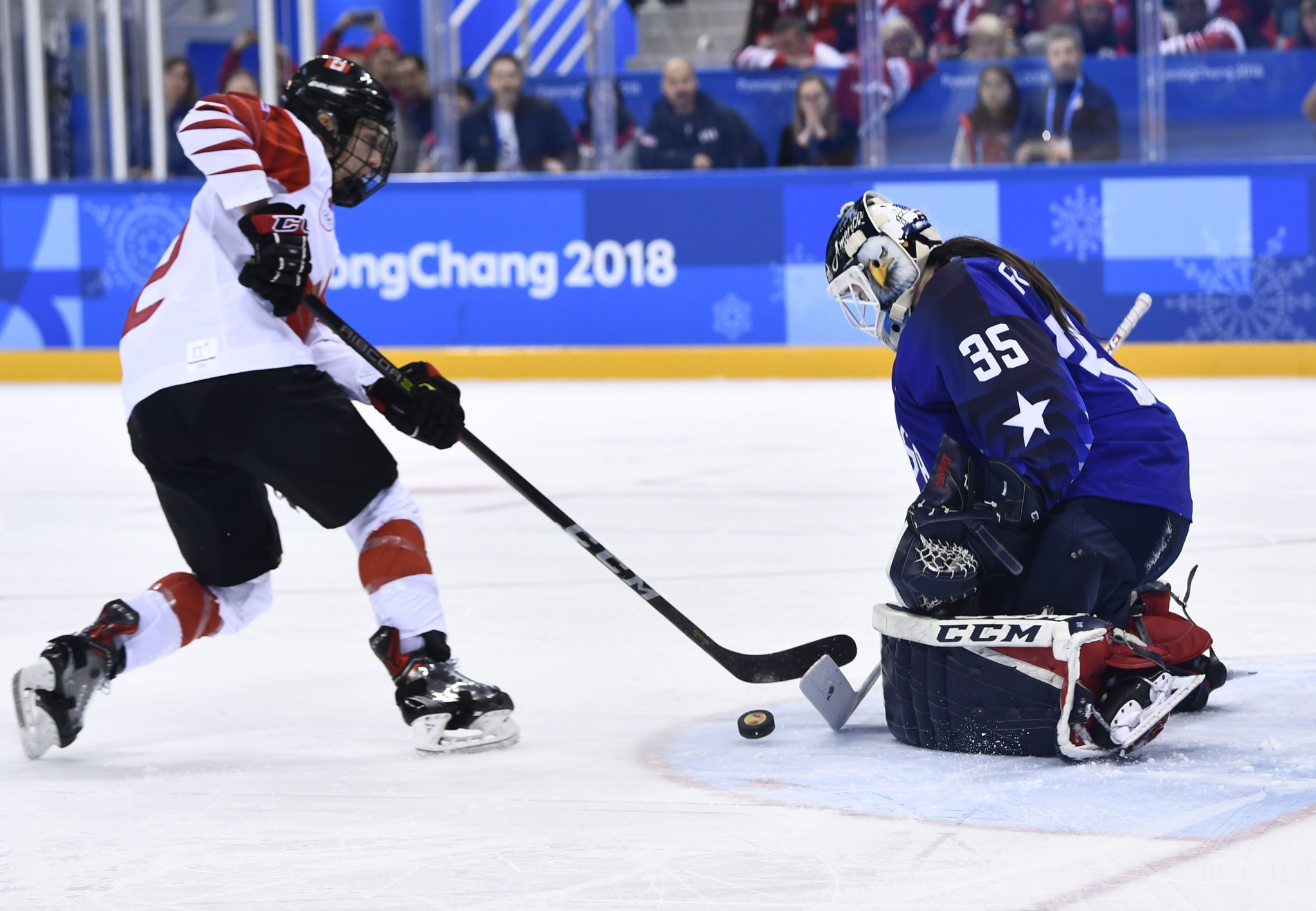 The United States ended a 20-year wait for the women's ice hockey gold medal at the Winter Olympic Games as they beat arch-rivals Canada in a dramatic shoot-out to deny their North American counterparts a fifth successive title at Pyeongchang 2018.

Maddie Rooney's save from Meghan Agosta handed the US a 3-2 shoot-out success as they ended Canada's dominance of the event after a tense final had finished all-square at the conclusion of the overtime period at the Gangneung Hockey Centre.

The result gave the US a first gold since they won the inaugural women's tournament at the 1998 Games in Nagano.

Their triumph also avenged the defeats they suffered to Canada in the final of the last two competitions in Sochi and Vancouver.

"Before Meghan came down, I just looked over at the bench and saw my teammates pointing at me, just one more, and to have their support made it a whole lot easier," said Rooney.

"I just reacted to her and then everything kind of went into a blur.

"When she cut across like that, a lot of people tend to go five hole so I kind of anticipated it."

Hilary Knight scored the game's opening goal to put the US in front in the dying stages of the first period.

Quick-fire strikes from Haley Irwin and Marie-Philip Poulin then swung the contest in the favour of the Canadian team in the second stanza.

The US went in search of a late equaliser in a thrilling encounter between the two sides and it came thanks to Monique Lamoureux-Morando in the 54th minute.

After neither team were able to find a winner, the match went into a 20-minute sudden death overtime period.

The two sides could still not be separated following the additional time, leaving a shoot-out as the only remaining method to decide the Olympic champions.

It is the first time a women's ice hockey final had gone to a shoot-out.

The teams remained deadlocked after five rounds until Lamoureux-Morando gave the US the upper hand.

Agosta needed to find the net to keep Canadian hopes alive but was thwarted by the considerable presence of Rooney in the American goal, sparking wild celebrations from the US team.

Finland claimed bronze yesterday with a 3-2 win over the Olympic Athletes from Russia.

"It's an indescribable feeling," added Rooney.

"This group of women are just amazing to do it with.