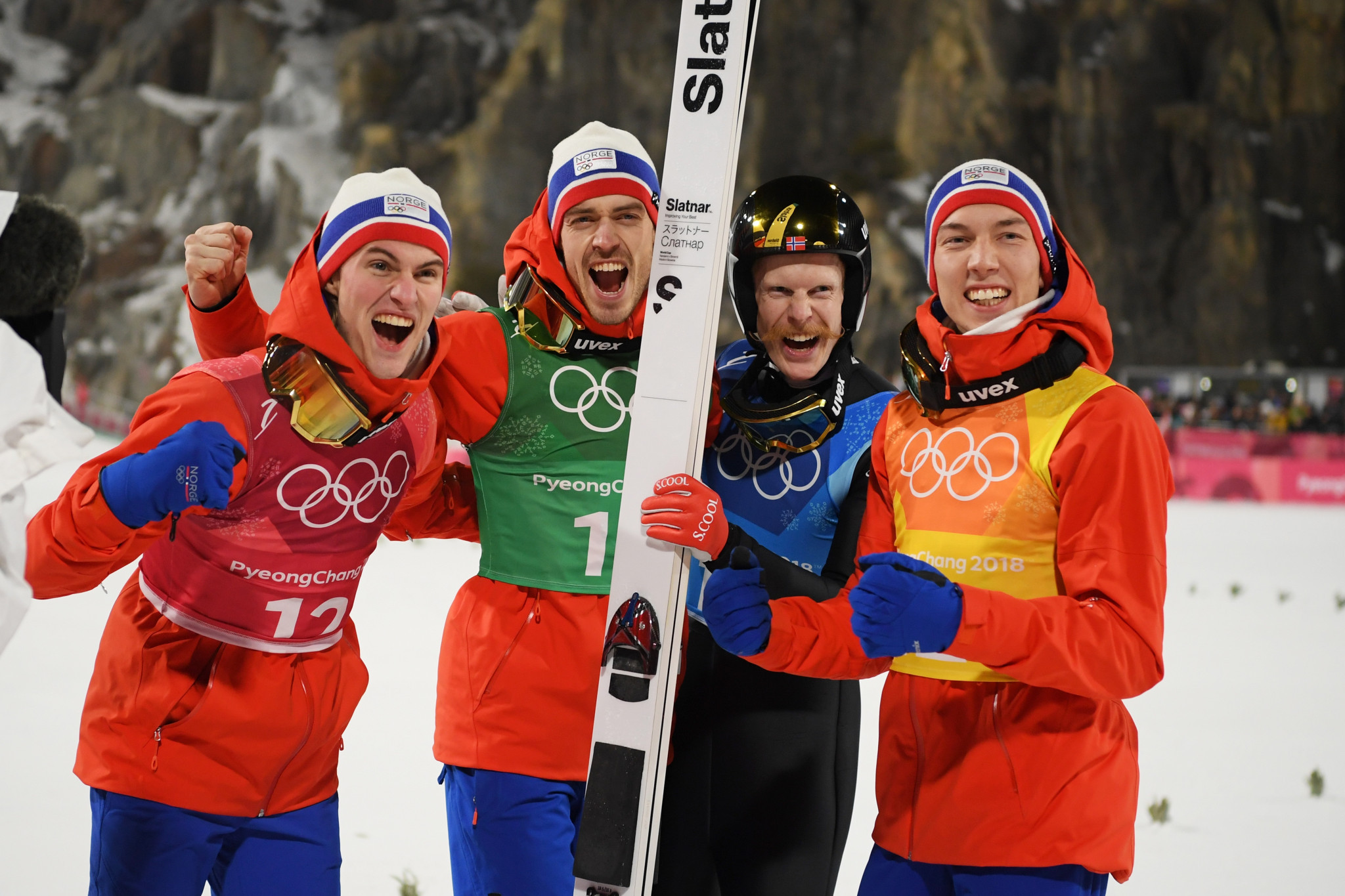 Johansson, recognisable for his trademark handlebar mustache, sealed victory after registering 137.6 points with the last jump of the competition.

"I did see on the top that we had 22 points on Poland before the last jump," Johansson, who also won bronze in the individual normal hill and large hill events here, said.

"That made me a bit calmer, but anyway, the nerves are coming more and more as it's closing in to your own jump.

"[I was] nervous, but [it was] a fantastic feeling afterwards."

Norway were the frontrunners throughout and led after the first round with 545.9 points.

Norway have now won 28 medals at Pyeongchang 2018, setting a new record for their most at a single Winter Olympics having won 26 at both Lillehammer 1994 and Sochi 2014.

Wellinger and Johansson became the seventh and eighth ski jumpers to win a medal in all three men's events at one Winter Games, and the first since Austria’s Gregor Schlierenzauer in 2010.

A total of 12 teams started in the event with the top eight advancing to the final round after each member of the four-man team jumped.

All eight teams in the final round then jumped once more, with the collective score from all eight jumps determining the overall result.