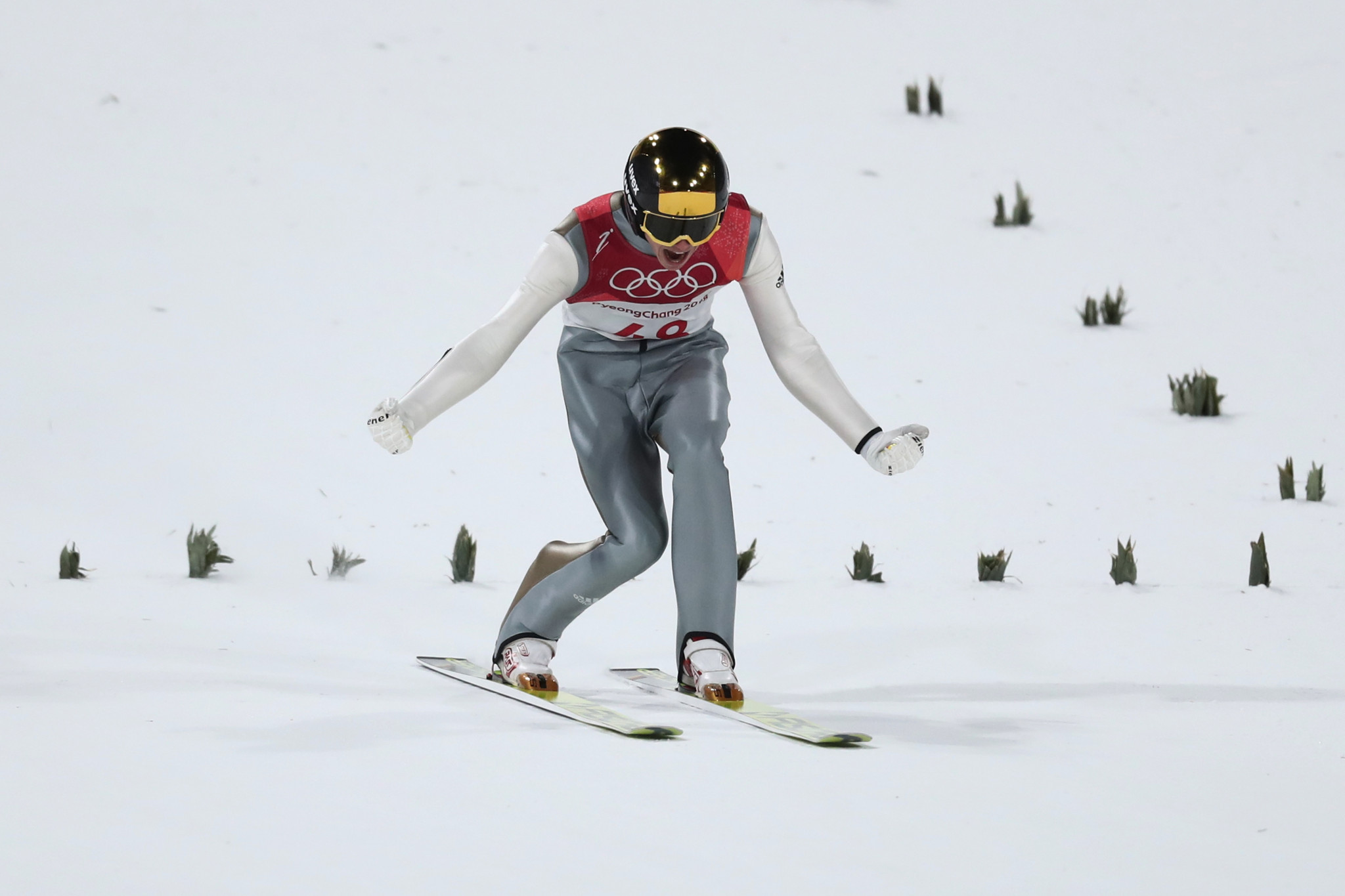 It was Germany's second gold medal on the opening day of these Winter Olympics after Laura Dahlmeier had earlier won the women's biathlon 7.5 kilometres sprint.

Wellinger, winner of a team gold medal at a teenager at Sochi 2014 but who had never won a global individual title, showed ominous form in topping the standings in yesterday's qualification.

The 22-year-old only placed fifth in the first round of today's final as the biggest names in the sport came to the fore at the Alpensia Ski Jumping Centre.

But then, with the clock showing 00.18am on Sunday morning, Wellinger produced a huge second leap of 113.5 metres under the floodlights to shoot up the standings and take the lead with a total of 259.3 points.

He became the first German to win the event since Jens Weißflog did so for East Germany at Sarajevo 1984.

Team-mate Robert Johansson had also shot up the standings from 10th after round one for a points total of 249.7.

There was crushing disappointment for the Polish duo who had led after the first round.