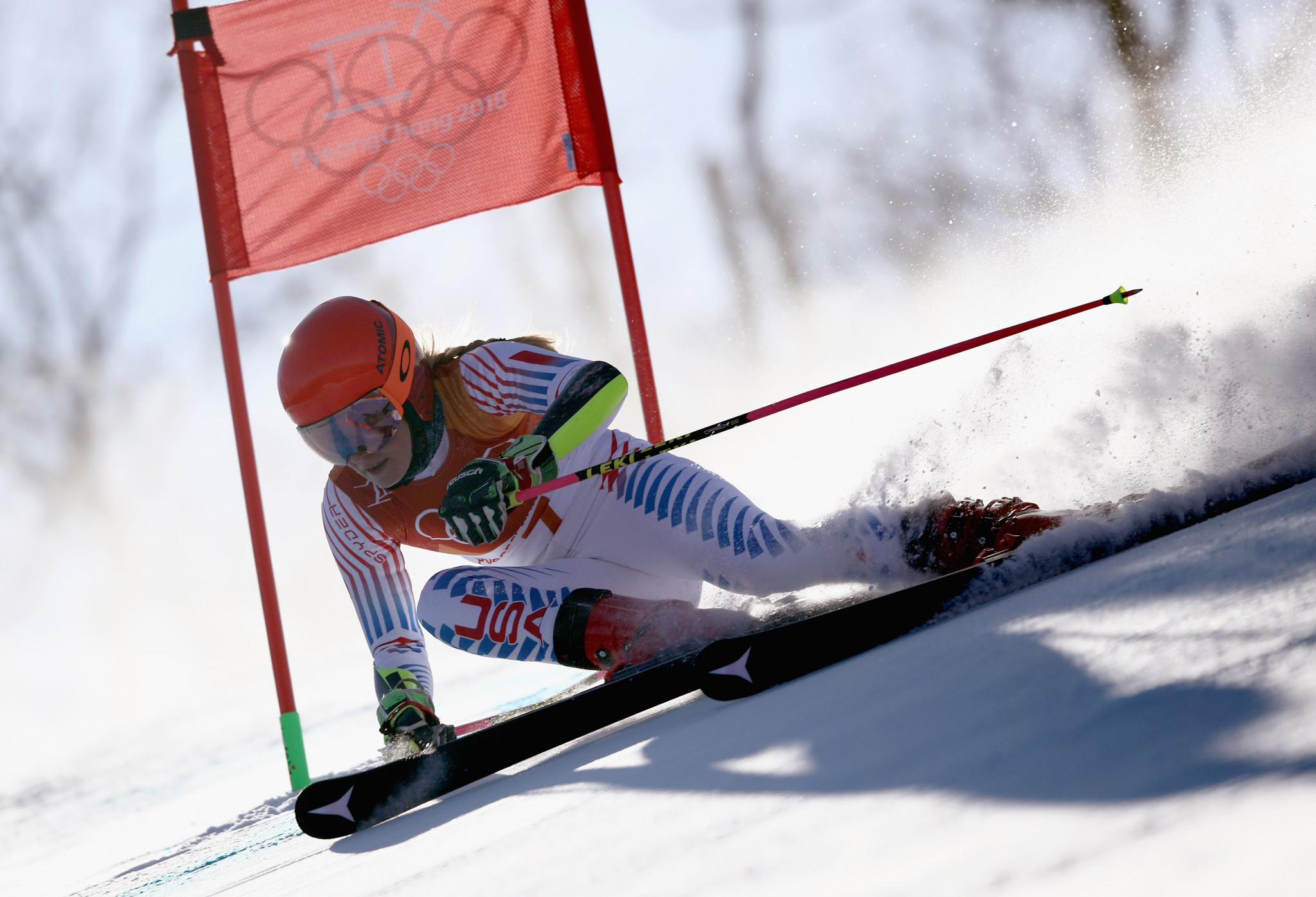 American star Mikaela Shiffrin pulled out all the stops and laid down a blistering second run to secure the women's giant slalom gold medal as she finally got her Pyeongchang 2018 campaign underway at the Yongpyong Alpine Centre.

The 22-year-old slalom specialist recovered from a 0.20 seconds deficit from the first run to clinch the second Olympic title of her career in a race twice postponed owing to disruption caused by strong winds.

Shiffrin finished in a time of 2min 20.02sec, 0.39 seconds quicker than surprise silver medallist Ragnhild Mowinckel of Norway, who had only claimed two World Cup podiums at senior-level before today.

Federica Brignone of Italy took bronze, the first woman from her country to win an Alpine skiing medal for 16 years.

"The Olympics is not about protecting the lead, it’s about putting your best on the line and you can see what happens," the victorious American said.

"It was incredible to take so much risk in that second run but it's something I'm trying to do more and more with the World Cup racing."

Shiffrin had produced the second-quickest opening run, turning and weaving her way down the course before crossing in 1:10.82.

It was not enough for the halfway lead, however, as Italian Manuela Moelgg completed her run in 1:10.62.

Moelgg was the only athlete who could deny Shiffrin the Olympic title but she made several errors and eventually finished sixth.

Shiffrin will now aim to repeat today's success when she competes in her preferred slalom race tomorrow.

The overall World Cup holder comes into the event as the strong favourite and will bid to retain the Olympic title she secured at Sochi 2014.

"It's never easy but it's really nice that no matter what I do from today on, I will walk away from these Olympics with something," said Shiffrin.

"So, I have something now and that's great and I can ski for myself."