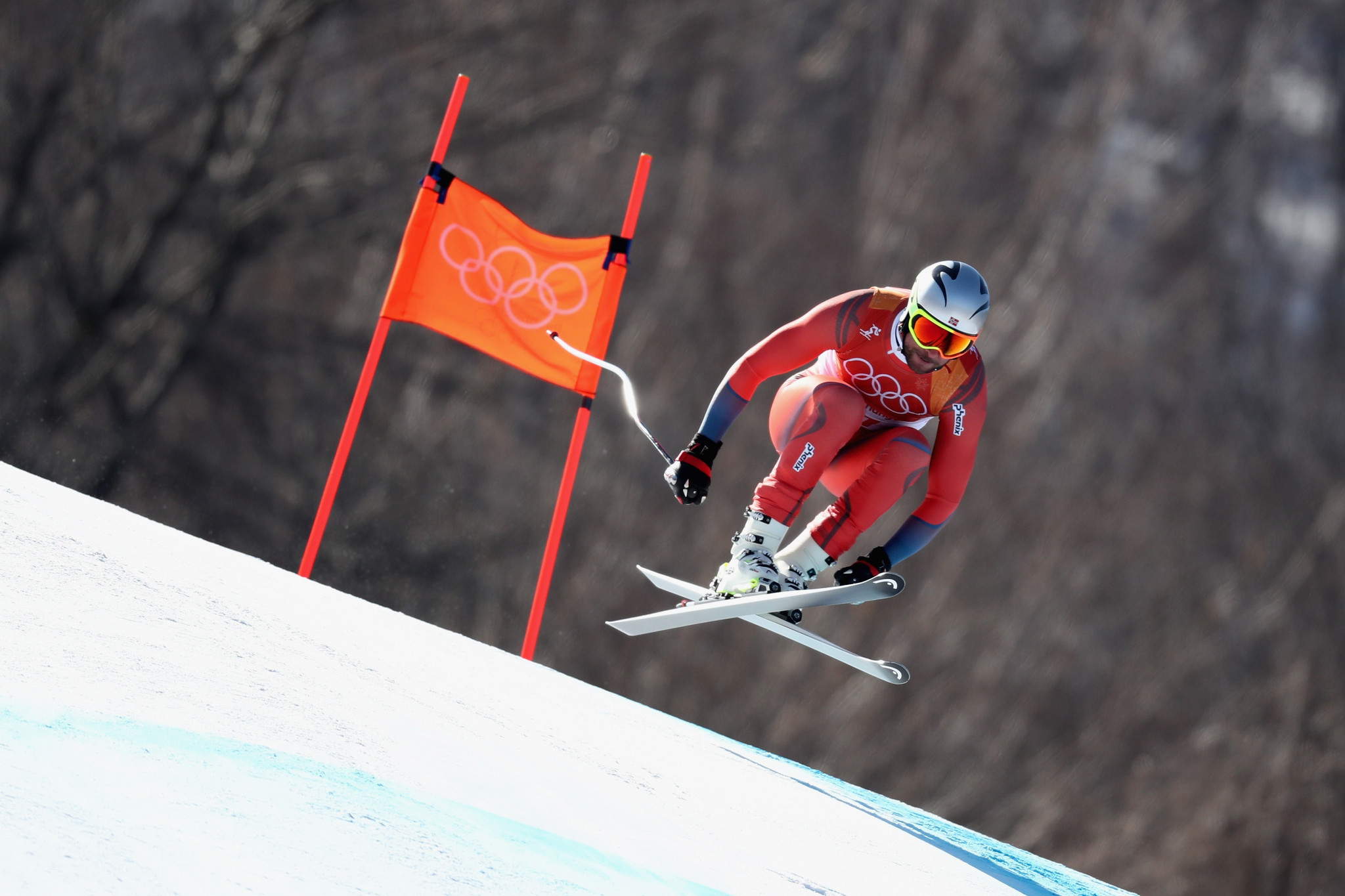 The 35-year-old emerged victorious from a battle of the veterans as he led home a Norwegian one-two by beating team-mate Kjetil Jansrud by 0.12 seconds to win the sport's blue riband event at the Winter Olympics.

Svindal stopped the clock at 1min 40.25 sec in the one-run shootout to secure his second Olympic title eight years after his last.

The triumph for Svindal ended Norway's long wait for Olympic gold in the downhill event and came in front of Crown Prince Haakon.

Svindal, the Vancouver 2010 super-G champion, topped the standings ahead of Jansrud, who claimed the downhill bronze medal at Sochi 2014, as the 32-year-old was made to rue a mistake in the latter stage of his run.

Having gone consistently quicker than Svindal during the opening few intervals, Jansrud appeared on course to leapfrog his team-mate into gold medal position.

But an error-strewn final section saw him finish short of his compatriot's time as he was forced to settle for the silver medal.

Olympic downhill events are rarely won by favourites but Svindal, Jansrud and Feuz were all expected to challenge for places on the podium during the showpiece race.

Svindal had made a tepid start amid near-perfect conditions but excelled on the bottom half of the course, recording a time that would prove insurmountable.

The victory marked the end of the long road to recovery for Svindal, who sustained a serious knee injury at Kitzbühel in 2016, where the event was called off after 30 racers because of dangerous conditions.

The five-time world champion tore his anterior cruciate ligament and only won his first World Cup downhill event since the injury in December of last year.

"I was preparing for silver as I thought there was no way I would make up time I lost on the top section," said Svindal.

"Kjetil was really fast on the top section and I was really quick on the bottom section, so I was happy with that.

"This is the beginning of the end for me and this is definitely my last Olympics."

The race was initially due to be held on Sunday (February 11) but was re-scheduled due to the strong winds which have caused severe disruption to the schedule of Alpine skiing events at Pyeongchang 2018.